Former actress Jewel Mische has announced on social media that she is pregnant with her third child. 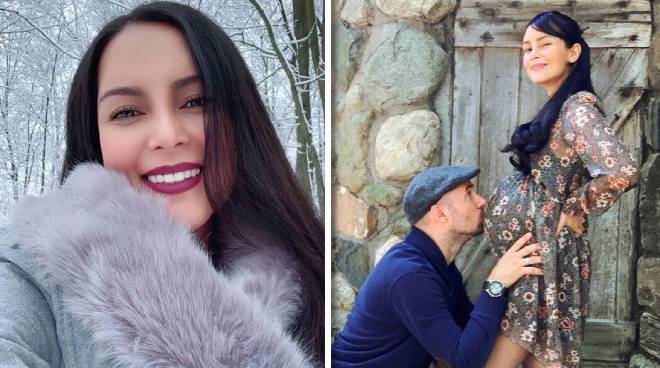 Former actress Jewel Mische has announced on social media that she is pregnant with her third child.

The former Kapamilya talent can be seen flaunting her huge baby bump while her American husband, Alister Kurzer, kissed her belly in a picture posted on Sunday, September 26.

"Here’s to chivalry, romance, and being spoiled for the remaining weeks to come!" the caption accompanying the post on Instagram read.

Based on her post, Jewel is already 35 weeks pregnant.

In another post, the former actress wrote: "Do you get a plaque or something if you have two babies in a pandemic?"

"The flower born into adversity is the most beautiful and rare of all," she wrote at the time, noting that her daughter's name means "majestic beauty," "rare strength," and "tempered with mercy and lover of mankind."

The former actress had teased her third pregnancy last week, with a photo on Instagram, captioned, "We have a new reason to love our favorite season." She tagged her husband in her post before adding the hashtag #comingsoon.

Jewel and Alister married in 2015. Their first daughter, Aislah Rose, was born in 2018.

Last July, Jewel marked Aislah's third birthday in a heartwarming post on Instagram, where she said she is blessed to be her mother.

"3 years ago this little girl changed my life forever in the best way. She brings us all the joy, warmth and wholesomeness alongside some embarrassing public tantrums and boisterous comments to a stranger. Can read, count, sign, imitate me snore and so much more. Blessed to be her mommy than I can ever fully express," she said.

Jewel, 31, rose to fame in 2007 when she won the hit talent search StarStruck. She then went on to star in numerous TV projects on GMA before transferring to ABS-CBN in 2010.

Some of her shows as a Kapamilya actress included 100 Days to Heaven, Maria la del Barrio, and Precious Hearts Romances Presents: Paraiso.