Piolo Pascual’s memorable TV and movie projects through the years

Let's take a look back on the memorable TV and movie projects of seasoned actor Piolo Pascual through the years. 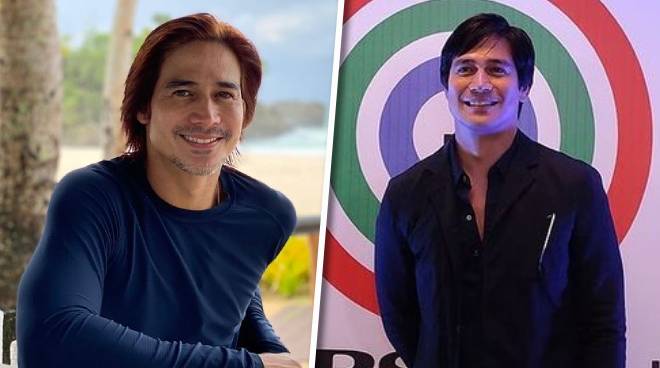 Piolo Pascual is one of the country’s most sought-after leading men of this generation.

Aside from being an actor, he is also a singer and a film producer.

He starred in the hit series Lobo, Lovers in Paris, and Noah.

And likewise, headlined box-office films such as Dekada ’70, Starting Over Again, Milan and Don’t Give Up on Us.

After that, he was given a role in the TV Series Esperanza with Judy Ann Santos

After the success of Till there was you, It was followed by the film Milan starring Claudine Barretto and Piolo Pascual

In 2006, he portrayed a character in the Maalaala Mo Kaya episode called Piso.

He reunited with Claudine Barretto in 2007 for the series Walang Kapalit.

In the same year, he was then partnered with Regine Velasquez for the movie Paano Kita Iibigin.

The following year, he became part of fantasy-horror series Lobo.

After which, he starred in Komiks Presents: Nasaan Ka Maruja?

Later that year, he became one of the main cast members in the Pinoy adaptation of the South Korean drama series Lovers In Paris.

Piolo Pascual continued to prove his talent in acting as he was given another project - the series Noah in 2010.

Soon after, he starred in the series Dahil Sa Pag-Ibig where he portrayed the characters of Fr. Alfred Valderama.

The following year, he played the main role in Apoy Sa Dagat, together with Angelica Panganiban, Diether Ocampo, Angel Aquino and Aiko Melendez.

The Kapamilya actor also appeared in various Kapamilya shows such as Hawak Kamay and Home Sweetie Home in 2014.

Toni Gonzaga and Piolo Pascual wowed us in their acting stint in Starting Over Again.

It was then followed by a movie with Sarah Geronimo in The Break-up Playlist.

In April 2018, he was given the role of Nathaniel "Nathan" Capistrano in the drama series Since I Found You.

Last September 16, the seasoned actor signed once again with ABS-CBN.

Having remained a Kapamilya for over 25 years, Piolo is set to star in two ABS-CBN shows namely Flower Of Evil with Lovi Poe, and a romantic comedy series with Angelica Panganiban.

Are you excited for his upcoming projects?