Is Nash Aguas entering politics in 2022?

Nash Aguas took an oath as a member of a political party in Cavite. 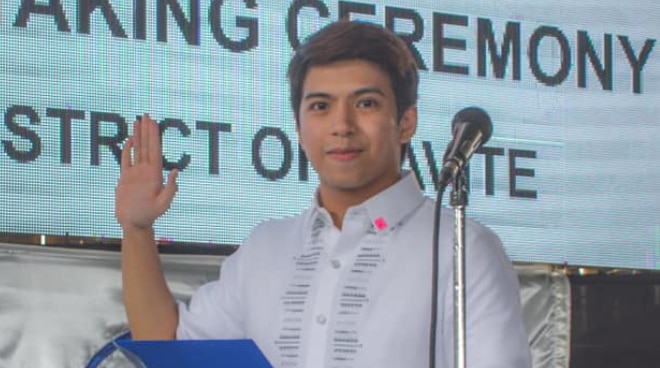 The online world went abuzz after actor Nash Aguas took an oath as a member of the Lakas-CMD political party in Cavite.

A photo of Nash at the oath taking was posted by Vice Mayor Denver Chua which sparked speculations that the actor will be running for public office in the upcoming elections.


Nash has yet to confirm his participation in the next elections.

The actor started his career as a child star after winning the Star Circle Kid Quest in 2004.

He became a mainstay in Goin' Bulilit and starred in several shows afterwards.

WATCH: How Nash Aguas realized he is meant for directing

He is currently part of the Kapamilya series Huwag Kang Mangamba.

Aside from being an actor, Nash is also an entrepreneur.

He owns a Japanese restaurant.