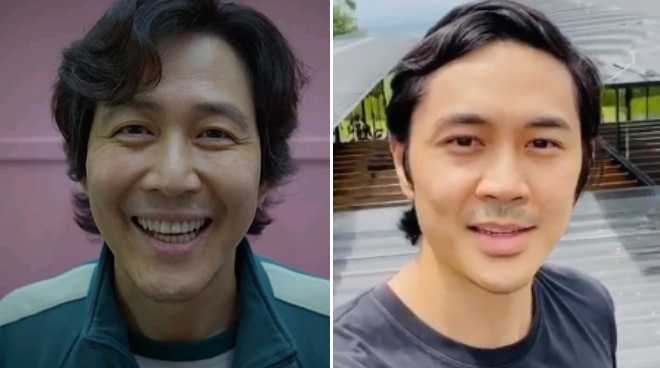 This was retweeted by Slater who seemed to agree about his physical similarities with the Korean actor.

Slater's wife Kryz Uy also shared via Instagram Stories that they watched Squid Game after being tagged about it.

"All your tags made us watch the squid games. So... is this a Korean @thatguyslater?" Kryz posted. Squid Game is a 2021 Netflix hit series that tells the story of a group of people who joined a survival game in order to win billions in cash.

Lee Jung-jae plays the main character Seong Gi-hun or No. 456.