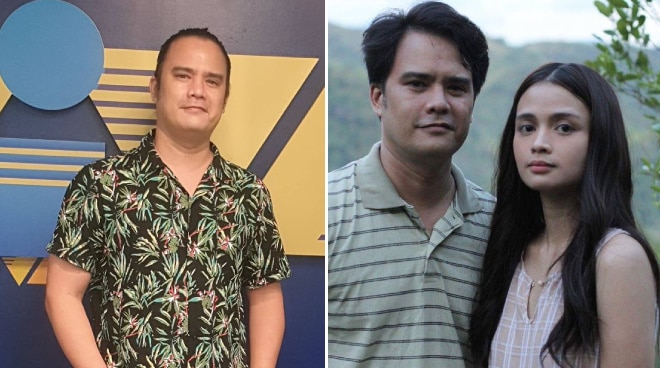 After leaving showbiz in 2000 to focus on his studies, actor and accomplished painter Jao Mapa said a lot has changed since his days as one of the heartthrobs of the ‘90s group called the Guwapings along with Mark Anthony Fernandez, Jomari Yllana, and Eric Fructuoso. The 45-year-old former matinee idol makes his acting comeback in the new film Paraluman directed by Yam Laranas.

“The difference is it’s just that as an actor, it took a long time, two decades to get back and to recuperate I guess. It was a good ‘90s run in showbiz. I had to take a break and actually the whole process was a learning process for me kaya ngayon na sinabak ako ngayon in a major film role. I would say na maipagmamalaki ko na meron na akong mapaghuhugutan. So I was able to get new strengths, new material probably emotionally within and a lot of experiences which contributed to my performance right now,” he shared.

Even though it’s been a long time since he went back to acting, Jao said acting still comes naturally to him.

“It’s not a challenge actually. I’ve been acting and I’ve been trying to get back to showbiz for the longest time since I got out of a long hiatus through the year 2000. My challenge right now is what the viewers would react to to my acting in this film. Because now that I’m back I could say that I have gone through a lot. A lot of trials in life and my acting skills have been sharpened through the years and I’ve pretty much would like to know what the expectations of the viewers are right now. I’m very proud of this project and I’m pretty proud of what I have done with all these support with this stellar cast. I have to thank everyone in this production for the support and everyone I have been working with. This is the new me coming back,” he explained.

In Paraluman, Jao’s leading lady is younger actress Rhen Escano who he enjoyed working with along with their director Yam Laranas. Jao said he is treating showbiz with a lot more seriousness now compared to his younger days.

“Siguro before I was just playing around and that’s how I saw the whole set. But right now looking at it, I’m at the age na yung pag-iisip ko naiwan sa ‘90s pero siguro ang pinakamalaking difference is I could see that the actors right now especially Rhen and direk are very passionate about their work. They’re very professional and perfectionists at their craft. So mapapalaban ka talaga eh. I had to up my game,” he added.