Director Yam Laranas on shooting the love scenes in ‘Paraluman’: ‘I feel uncomfortable with it’

‘Paraluman’ writer and director Yam Laranas reveals the biggest challenge for him while shooting his latest project with Vivamax. 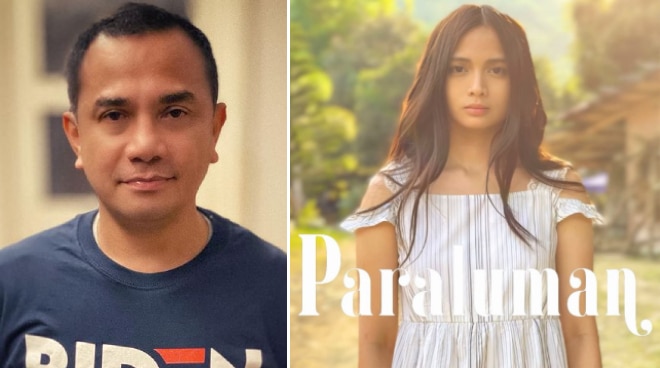 Known most popularly for his horror films like Aurora, The Road, The Abomination, and The Echo, director Yam Laranas said that even though it’s been almost two decades since he did a love story, he enjoys working on romantic films just like his 2002 film Ikaw Lamang Hanggang Ngayon which starred Richard Gomez and Regine Velasquez.

While working on his latest film Paraluman with his lead stars Jao Mapa and Rhen Escano, direk Yam revealed which scenes were the hardest to shoot for him.

“The challenge is always doing the love scenes, the sex scenes. First of all because I feel uncomfortable with it but the funny part is that I wrote it. Kasi nga yun yung nasa kuwento at kailangan mo siya isulat kasi kasama siya sa kuwento. That’s why every time there is a love scene, medyo for me it’s very tricky. Dun ako nahihirapan,” he said.

To help make his lead stars more comfortable during their intimate scenes, direk Yam shares a simple strategy on set. “Kaya ako mismo ang nandun humahawak, nag-o-operate ng camera at always out of respect especially for Rhen and for Jao, parang I’m not alone with them. Meron akong tatlong babae with me so that para naman they will safe and they will feel protected. Pero yun ang pinaka-challenging for me and nothing else. Kahit paakyatin mo ako ng bundok up and down para makuha yung eksenang maganda, gawin ko yan araw araw. Pero yung love scene is the most tricky part,” he added.