Vaughn Mugol performed ‘The A Team’ during his audition which received praise from the coaches of ‘The Voice.’ 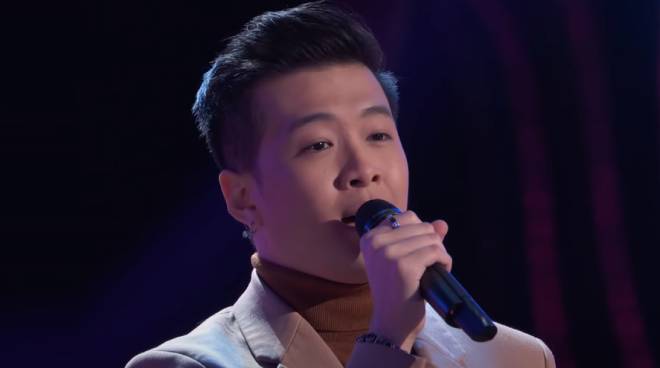 In the video uploaded by The Voice on its YouTube channel, coaches Ariana Grande, Kelly Clarkson, and John Legend's chairs turned for the singer after he performed the song "The A Team," which was originally sung by Ed Sheeran.

"I love the little break in your voice. I love the fuller parts of your voice," Ariana told Vaughn after his performance.

She added, "I know that I am new here and you guys don't know me as a coach yet but I want to guide you in this competition. I want to help you sing the right songs. I want to answer any questions that you have regarding my experiences and help you where you want to go as an artist."

Vaughn, who is a registered nurse from Texas, shared that it was actually the first time he performed on such a stage as he usually just sings for his patients. This caught John by surprise.

"I felt like what you did required a lot of seasoning that I would not expect from someone that does not perform on big stages," John said.

The "All of Me" singer then went on convincing Vaugh to pick him as a coach.

Meanwhile, Kelly praised John's technique. "The precision of you like not losing breath and going off pitch - that takes a lot more technique. You're an emotional singer and that's all I am, emotion," Kelly stated.

READ: The Voice PH Season 1 Finalists: Where Are They Now? | Push Pins

The video did not reveal yet Vaughn's pick for his coach. His decision will be revealed once The Voice airs on September 20 (US time).

Vaughn's The Voice audition has already gained more than 292K views as of this writing.