‘On The Job 2: The Missing 8’ director Erik Matti reveals his journey after pitching his current film to local studios. 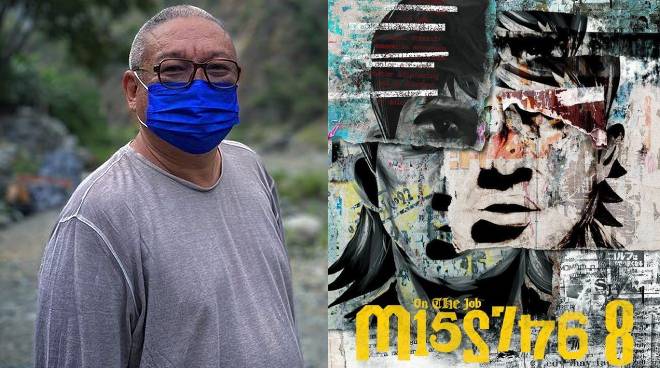 With his new film On The Job 2: The Missing 8 earning praises from critics from all over the world after making its debut at the Venice International Film Festival held earlier this month, director Erik Matti couldn’t help but share his sentiments on the current situation in the local film industry where he was dismayed by the limitations of what is usually shown in commercial theaters. The talented director shared a lengthy post on his Instagram account last September 17.

WATCH: ‘On The Job 2’ gets five-minute standing ovation at Venice Film Festival

He wrote, “Filipino films deserve bigger platforms. More value for our hard work. We deserve a chance at the big stage. Producers should start thinking beyond the same business model that was popular before the pandemic.

“Cinemas are closed. But even when it was still open it only supported the same kind of Filipino films. I can’t get enough theaters for my movies. Others know how to woo the theaters with their kind of films. ABS and Star Cinema used to dictate the films that can be done or they won’t buy it. It used to only be about the sweet, sugary and sappy. But those days are gone. The game has changed. For a time Netflix was the go-to platform. But when pandemic struck, they too undervalued our content. They’d buy our first run films for dirt cheap because they know we didn’t have any choice. We held back with On The Job and didn’t sell until we found the right partner with HBO Asia who valued our film more than what we thought we deserved.”

READ: Why is director Erik Matti scared to do films after the lockdown?

Direk Erik also made an open call for local producers and directors to take the opportunity to create stories that are out of the box and not just with maximum profit in mind.

“Producers should band together to make sure our films get the value and the distribution they deserve. Filmmakers should start getting more ambitious and tell stories that can be seen beyond our small market and not just make films that figure out what works for the platforms who take pity on us and give us loose change. Now is the time where we could all tell the stories we can tell without being dictated by the templates the local studios and cinema chains have told us what we can only do,” he shared.

In the same post, the On The Job 2 director revealed the journey his current film went through and how fulfilled he feels after its warm reception internationally with one of his lead actors John Arcilla even taking home the prestigious Best Actor award at the festival.

“I have never been loved by the major studios. I get the usual congratulations when me and Dondon’s (Monteverde) films make it but never get the love when we pitch it in the beginning. No one wanted On The Job then. But we can say, without sounding self-serving, that the Venice and HBO nod for this franchise, should industry insiders really look into it, is a game changer. Not only did we get prestige but we sold it at an amount where you actually feel the love for the work we sacrificed our time and money for. The game has changed. The players have changed. We have a new game in town. My question to all of us is, for our survival as an industry and as a cinema, do we have what it takes to think big and go for excellence to write our own destiny?” he said

Erik Matti On The Job