Sandara Park danced with BtoB’s Eung-kwang to do the #OutsiderChallenge. 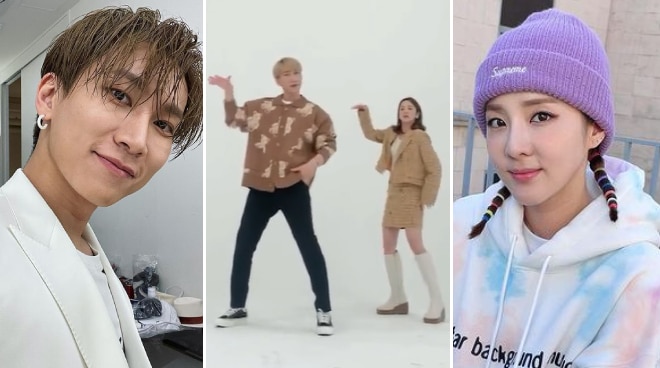 It seems the one and only krungy Sandara Park did not age at all as she showed off her youthful groove in the #OutsiderChallenge with BtoB member Seo Eun-kwang.

On Twitter, fans couldn’t get over the short clip showing Eun-kwang and Dara’s cute moment together.

One fan wrote: “Yaaaaay! We've waited for this.” Another fan wrote: “I like their chemistry.”

Meanwhile, “Outsider” is part of BTOB’s special album “4U: OUTSIDE.”

In a virtual press conference held last August, BTOB talked about the message of the song.

“It’s not about the usual meaning of ‘outsider,’ but rather that you want to break outside the routine patterns of everyday life and become stronger. It’s a ‘healing song,’” Changsub said.

Meanwhile, Dara is preparing for her debut under Abyss Company where she signed an exclusive management deal earlier this month. Her contract with YG Entertainment ended last May.

Eun-kwang, on the other hand, is part of the K-Pop boy band BtoB composed of members Minhyuk, Changsub, Hyunsik, Peniel, and Sungjae.