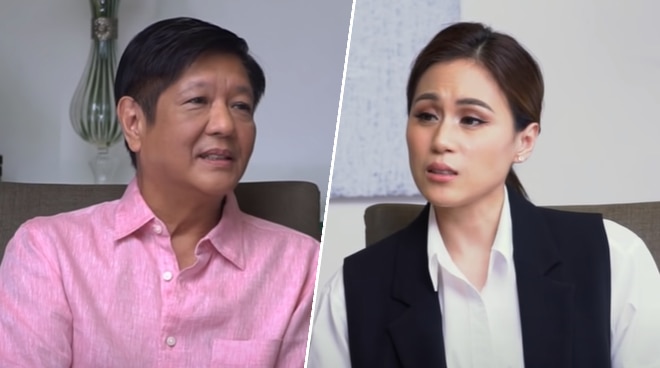 In an open letter to Toni, the museum said her show contributed to the Marcoses' attempts to whitewash the human rights violations during the dictatorial regime of Bongbong's father, the late strongman Ferdinand Marcos.

“Inviting the son of a murderous and corrupt dictator of our country to your show benefits no one and pushes back the struggle to gain justice from the atrocities committed by the Marcos regime and against historical revisionism running rampant amongst our people. Your show has contributed to the Marcos family’s attempts to whitewash their human rights violations and its proven historical record. Marcos is a lying clout chaser, desperate to change public opinion about historical facts as he has neither history nor truth to his side," it said.

“No amount of propaganda spewed by the Marcos family and their supporters can erase the factual and proven disastrous effects of the Marcos regime on our country. Your show presented Bongbong Marcos as an amiable and approachable figure. This is also an outright attempt at whitewashing. Mr. Marcos is not and will never be ‘ordinary’ or ‘one with the people’. The Marcos family and their allies continue to benefit from the billions of Pesos stolen from public coffers during his father’s dictatorship and they continue to escape accountability for their actions. He continues to push a message and a political agenda that erodes efforts to exact justice from the atrocities committed during that period. He has no interest in the betterment of our society. His only interest lies in returning to the halls of power in order to whitewash his family’s disastrous legacy and to perpetuate themselves in power," it added.

In its letter, the Martial Law museum also pointed out that the "propagandistic lies" peddled by Bongbong on her show are similar to the lies peddled by those who orchestrated the current shutdown of her home network of 17 years, ABS-CBN.

“Celebrities should use their platforms, influence, and privilege in order to aid the progress of the common good. Helping build a more just society means that we hold the corrupt and the murderous to account and deprive them of the means and platforms that normalizes and whitewashes these figures and behaviors. The propagandistic lies peddled by Marcos on your show, and the lies peddled by those who had orchestrated the current shutdown of your own home network ABS-CBN, are fruits from the same tree. These falsehoods are designed to mislead and divide our people so that corruption and lust for power remain rampant and unchecked throughout our country," it said.

Based on data by the ABS-CBN Investigative and Research Group, there were at least 9,000 victims of human rights violations during the Marcos dictatorship.

Of this number, 5,040 were arrested, 1,217 were victims of salvage or summary executions, 892 were massacred, and 352 disappeared, among many other human rights violations.

Meanwhile, the digital Martial Law Museum also invited Toni to interview the victims and surviving families of the Martial Law.

“May we invite you to instead talk to the victims and surviving families of the Martial Law regime? The Ateneo Martial Law Museum stands ready to facilitate your encounter with the victims of Martial Law and with the truth,” the group wrote.

“In fact, we think that hearing their stories and struggles will be much more inspirational for your audience than talking to anyone from the Marcos family. These are the stories that celebrities and influencers should strive to popularize and disseminate as they are exemplary models of how we can strive to create a better country for everyone," it said.

“In the first place, the only reason why we are able to pursue our creative pursuits in a free society today was because of their sacrifices. We owe a lot to those who sacrificed their lives in order to fight for our freedom and democracy," it added.