Coldplay is set to release a track with K-Pop group BTS. 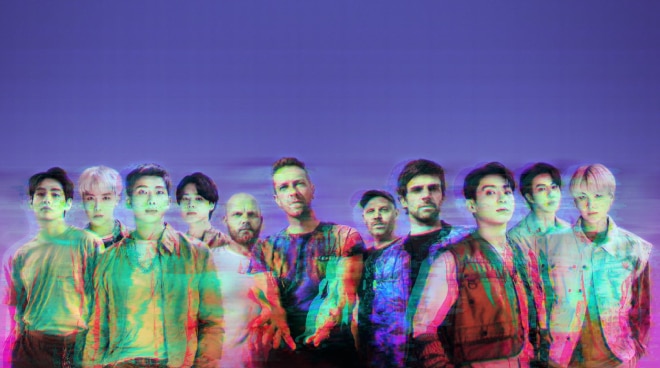 British rock group Coldplay has a new track coming and it features no less than South Korean boy group BTS.

On Twitter, Coldplay shared the cover art for the upcoming single with links to the page where fans can both pre-order and pre-save the song.

It also came with emojis including a heart, an infinity sign, and a red circle.

'Hello, Kapamilya': Coldplay to perform on 'ASAP Natin 'To'

Coldplay also teased fans with a recording video of the song alongside BTS. BTS can be seen singing their hearts out with Coldplay frontman Chris Martin.

The track — called “My Universe” — is the first collaboration between Coldplay and BTS. It will come out on September 13.

Comprised of members Chris Martin, Jonny Buckland, Guy Berryman, Will Champion, and Phil Harvey, Coldplay was formed in 1996 and has since become achieved international success.

Meanwhile, BTS debuted in 2013 and is made up of Jin, RM, Suga, J-Hope, Jimin, V, and Jungkook. The group is considered one of the biggest acts in the world.