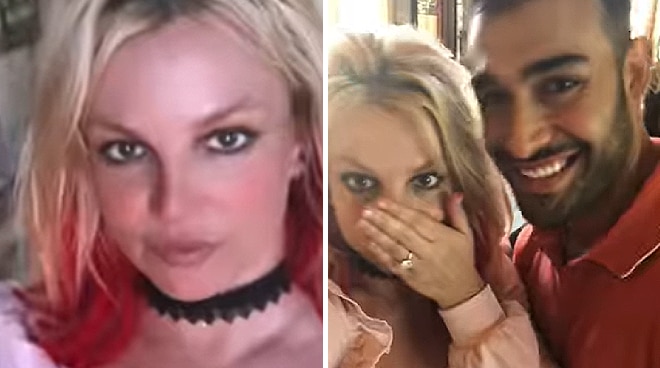 The 39-year-old singer made the announcement through a video shared on Instagram.

Britney has been fighting the 13-year-long conservatorship by her father which has prevented her from her marrying Sam and having children with him.

The conservatorship allowed her father to control both her personal life and finances.

Sam also shared on Instagram a photo of himself with Britney showing off her ring.

Britney had been dating Sam — who is twelve years younger than her — for four years before she got engaged to him.

Meanwhile, Paris Hilton was among the celebrities who expressed their happiness for Britney Spears on her engagement.

“That makes me so happy. And I just wish her all the love and happiness in the world ‘cause she deserves it,” Paris Hilton told Entertainment Tonight at the red carpet of the MTV Video Music Awards.

Asked what message she would give to Britney once they meet, Paris said: “Just how happy and proud I am for her using her voice and standing up for herself and just like turning her pain into a purpose and I just feel she deserves happiness and freedom more than anyone.”

Dubbed the “Princess of Pop,” Britney has released numerous hits including “Oops! … I did It Again,” “Criminal,” “Gimme More,” and “…Baby One More Time.”