Jessy Mendiola did a tour of her mother-in-law Vilma Santos’s farm in her latest vlog. 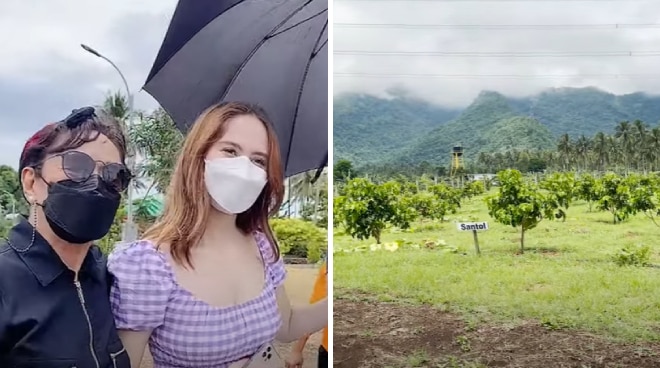 Jessy Mendiola did a tour of the Lipa, Batangas farm of her mother-in-law, Batangas Representative Vilma Santos, for her latest YouTube vlog.

In the vlog, Jessy showed the different parts of the farm. She shared the various plants and animals on the property.

She also got to chat with Vilma.

The Star for All Seasons shared that it has always been her dream to have a farm.

According to Vilma, it is her husband, senator Ralph Recto, who led the construction of their farm.

Jessy also shared some trivia and relayed that the farm was actually one of their venue options that she and Luis Manzano were considering for their wedding.