While Andrea Brillantes had her fair share of frustrations at work, she was able to power through and fulfill her dream for her family. 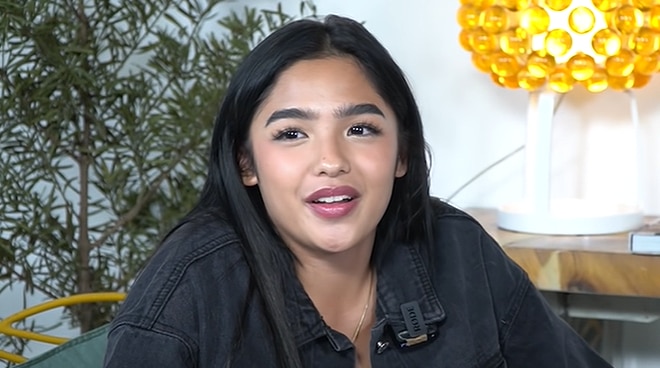 Just like any working person, Kapamilya star Andrea Brillantes also has had her fair share of frustrations at work, which she shared with all honesty during her one-on-one interview with on-screen partner Seth Fedelin on Squad Chat.

In her desire to help her family, Andrea entered showbiz at a young age. However, it did not become an easy path for her.

Fortunately, although it may have taken a while, Andrea is now reaping the fruits of her hard work. The actress starred in series that made a mark on Philippine TV, such as Kadenang Ginto, and her current project Huwag Kang Mangamba. At 18 years old, Andrea was also able to build her family their own home, describing this as her life’s biggest achievement so far.

It was January of this year when Andrea shared news of her new house via Instagram.

"You were my longest (10 years) and most difficult dream to come true. You have always been at the back of my mind since I was young pushing me to work harder," she wrote in the caption of her post.