Angel Locsin had a playful response to Kathryn Bernardo after the latter congratulated the former on her marriage to film producer Neil Arce. 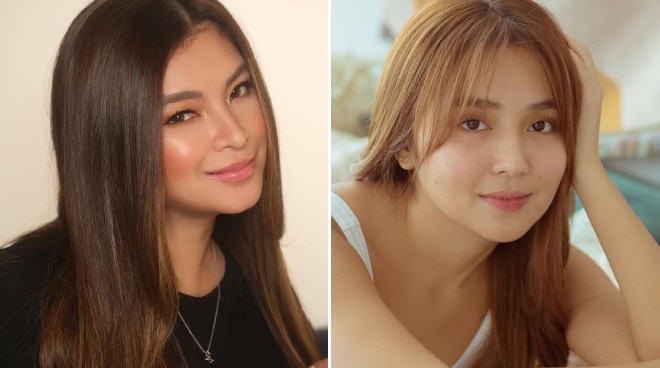 Angel Locsin had a playful response to Kathryn Bernardo after the latter congratulated her on her marriage to film producer Neil Arce.

Kathryn was among the many celebrities who expressed her happiness for Angel—her co-star in the 2017 hit series La Luna Sangre—after the latter announced on social media that she's now a married woman.

"Waahhh," wrote Kathryn in the comments section of Angel's post, along with three white heart emojis.

In her reply, Angel teased Kathryn and expressed her love for the actress. Kathryn has been in a relationship with her onscreen partner, actor Daniel Padilla, for nine years.

Last year, the couple opened up about their wish of getting hitched before they turn 30.

The actress said it is the reason why she and Daniel continue to work hard—so they could save up for their future family.