Dimples Romana, who is close to Angel Locsin and Neil Arce, expressed her support for the newlyweds. 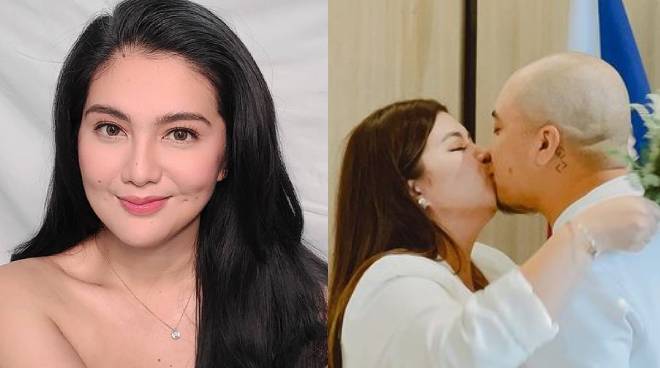 Dimples Romana gave a sweet message for newlyweds Angel Locsin and Neil Arce on her Instagram page on Saturday, August 7.

The actress, who is known to be very close to the couple, posted a photo of the two sharing a kiss during their civil wedding ceremony and said, “In case you missed the end of their surprise reveal VLOG , check out the Angel and Neil channel on YouTube 😆🤣 May we present to you, Mr. and Mrs @neil_arce 🥰😍💍🤍 @therealangellocsin.”

A separate post of Dimples’s revealed that she and her husband Boyet Ahmee were present during Angel and Neil’s big day as she posted a photo of the four of them. In her message, Dimples expressed her support for the newlyweds.

“Like the way you have our backs, MR and MRS @neil_arce @therealangellocsin , we will always have yours 👰‍♂️🤵‍♂️🤍 @papaboyetonline and I are honored and humbled to have been part of this beautiful moment 😍and like what our beloved Mayor @linocayetano said, Kapag mawala pa lahat, HOPE, FAITH and LOVE remains , truly you are each other’s treasure 🥰 anubaaaaaaa naiiyak pa din ako!!! Hhahahahah 📸 @stephenpechon @niceprintphoto,” she wrote the caption. Angel and Neil announced their engagement in June of 2019. Last February, the couple said that their wedding is set to happen this 2021.