Julia Montes will be a bridesmaid at Trina Legaspi’s wedding

Actress Julia Montes is serving as a bridesmaid at the upcoming wedding of her former ‘Goin’ Bulilit’ co-star Trina Legaspi, also known as Hopia. 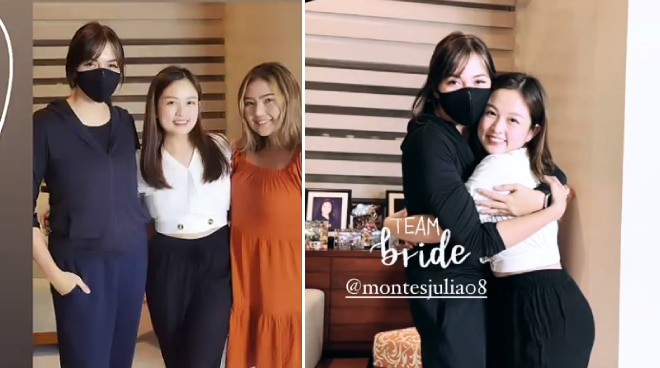 Actress Julia Montes is serving as a bridesmaid at the upcoming wedding of her former Goin' Bulilit co-star Trina Legaspi, also known as Hopia.

Trina shared the exciting news through an Instagram Story update on Wednesday, August 5, posting a photo of herself in an embrace with Julia, whom she tagged as "Team Bride."

In the caption of her post, a sentimental Trina wrote: "Parang kailan lang 'yung GB days!" The bride-to-be also reposted a photo showing her and Julia during what appears to be a fitting with fashion designer Chynna Mamawal. 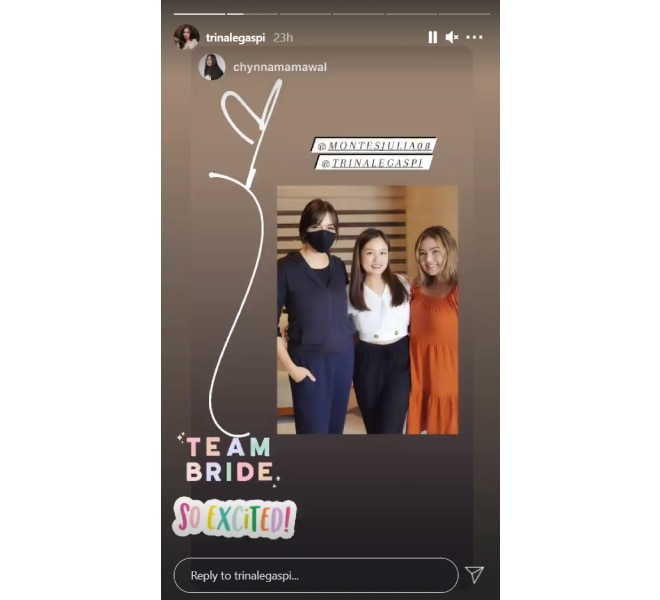 It was in November 2020 when Trina, 27, announced her engagement to Ryan Jarina, her boyfriend of more than seven years.

In an interview on Magandang Buhay last March, Trina revealed that she and her fiancé will be tying the knot later this year.

Among those who they have invited to the wedding is former Goin' Bulilit director Edgar “Bobot” Mortiz, whom Trina said she considers to be a father figure.