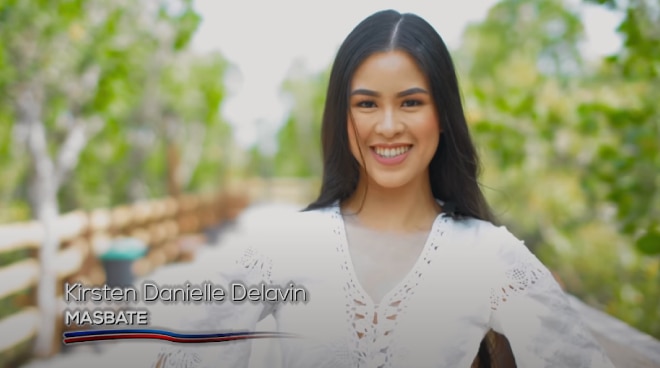 After recently topping the Miss Universe Philippines 2021’s headshot challenge which was done via online voting, actress and pageant contestant Kisses Delavin appeared more than ready to mark her return to pageants after almost five years. The former Pinoy Big Brother Lucky Season 7 housemate has already had experience with pageants after winning provincial competitions like Miss Teen Masbate in 2013 and Miss Kaogma in 2016 before joining showbiz.

After Miss Universe Philippines released its official candidate introduction videos, Kisses’s one-minute video had her using her real name Kirsten Danielle Delavin and representing her hometown in Masbate. She said, “Hello, Universe! My name is Kirsten Danielle Delavin. I am studying business at De La Salle University and in my work I act in front of the camera. I sing and dance on stage, and record music. In this work, I get to meet and connect to people of all ages which I loved to do since I was young and get to travel to places and different parts of the world too, which I also love.”

As a fan of beauty pageants growing up, Kisses has always been vocal about having aspirations to become a beauty queen even from the time she was still a child. In the video, the 22-year-old actress also shared her love for food. "A fun fact about me is that I am a food lover. I love rice, I love ulam, all kinds of ulam and everything in between,” she added.

READ: EXCLUSIVE: Kisses Delavin plans to join a beauty pageant: ‘The first step is to try’

Before joining PBB in 2016, Kisses started out as a print ad model. She was signed under Star Music in 2017 and had her first solo sold out concert called Confidently Kisses in 2018. She recently became Boy Abunda’s guest co-host on his digital talk show entitled BA's Take Talk this year.