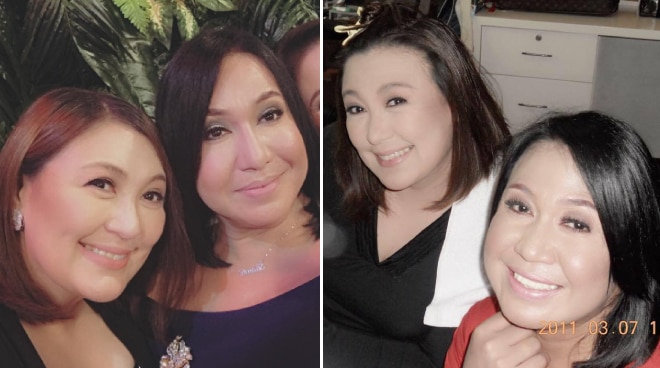 Ever since she flew to the US last May 12 for a solo vacation, Kapamilya actress and host Sharon Cuneta said she took the opportunity to detach from social media where she is usually active every day. In her Instagram post last August 2, Sharon shared her reaction to the unexpected passing of her favorite impersonator known as “Ate Shawee” (real name Marvin Martinez).

“I had deliberately, totally ignored my Philippine phones in the U.S. and enjoyed the radio silence using only my U.S. phone. I hardly checked all my social media platforms and went on them to post then rarely, read and reply to some of your comments. So it was a SHOCK to me to find out that my Official and favorite impersonator, Marvin, our Ate Shawee, had been sick and passed away…I sincerely, deeply am affected by his passing,” she wrote.

The Megastar also revealed that apart from the loss of her impersonator, she had also been dealing with other losses in her life.

In the same post she wrote, “I appreciated and adored Marvin and in those lean years of my career when I was too fat to work, seriously even worried about what Marvin would be able to do impersonating me and getting any jobs at all. Now he is gone. And not just Marvin…I will spare you details of others I have lost recently too, as well as what I have been having to deal with. May mga dinadala pa po ako ngayon pero ayoko ng sad kayo kaya pakipagdasal na lang po ako. Salamat sa Diyos okay naman kami ng pamilya ko kaya yun ang importante. Kaya rin po kahapon pa ako ng umaga nakabalik sa Manila, pero quiet na quiet lang po ako dahil may mga problemang kailangan lagpasan. Never naman ako pinabayaan ng Panginoon kaya sure ako lilipas din ito. Anyway - back to Marvin…my deepest condolences to his family, friends, and loved ones…”

Before ending her post, Sharon gave thanks to the late impersonator whom she said she will miss very much. “Napakasakit nito sa akin at sa aking Sharonians. Mahal na mahal ko si Marvin at wala akong kamalay-malay kahit nung may sakit siya dahil I was in ‘escape mode’ for peace kahit sandali lang sa Amerika. I love you and always will, my Ate Shawee, my Marvin. Maraming salamat sa pagmamahal, marespetong pagganap sa akin at pagpapaligaya sa aming lahat. Mamimiss kita talaga…may God bless and embrace your loved ones through this most difficult time…”

After returning to the country this month, Sharon is reportedly gearing up for her first-ever teleserye to be produced by ABS-CBN with Viva Entertainment later this year.