Paolo Contis on working with Yen Santos in ‘A Faraway Land’: ‘Our chemistry was very easy‘

‘A Faraway Land’ actor Paolo Contis talks about being paired with Yen Santos for the first time in a film. 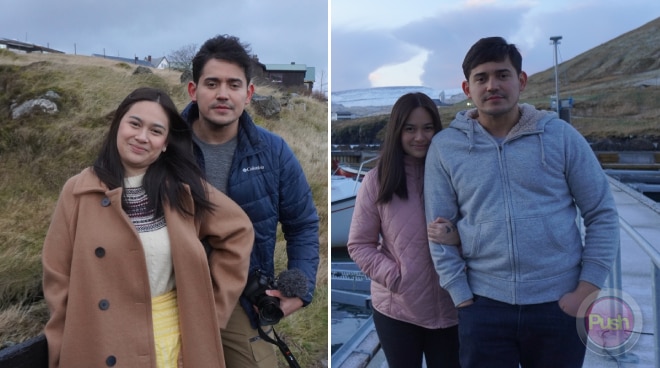 In the film A Faraway Land, actor Paolo Contis plays the role of investigative journalist Nico Mercado who travels to the Faroe Islands in Europe in order to do a documentary on the Filipinos living there. Paolo said he did not have to go far to relate to his role.

“Actually matagal na naman nung binigay sa akin ng producer ko yung concept. Actually hindi naman siya nalalayo, I’m from the media, I like talking to people of course so it wasn’t really hard to prepare for the character. I had to practice more on the nuances lang. Of course hindi naman ako komedyante sa pelikulang ito so it was more of sabi ni direk you have to be charming so yun yung mahirap na challenge para sa akin. Yun lang naman more or less character based lang pero it was easy to adapt naman. When I read the script it was very easy,” he shared during Netflix’s A Faraway Land virtual interview.

In the digital film which is now available for streaming on Netflix, Paolo is paired with Yen Santos who plays the role of a woman name Majhoy who is married to a Faroe islander. Paolo said building chemistry with Yen was not difficult.

“Our chemistry was very easy because during the first day pa lang we were able to talk about what we want to happen for the movie. Yen was very open to suggestions. I was very open to suggestions. Direk was very open sa mga gusto namin gawin together sa mga eksena so it was easy considering nga we didn’t have time for a reading or for any workshops. Kumbaga first time namin nagkita ni Yen was for the look test and then shooting na. So malaking bagay na professional siya at professional ako na we both wanted the same thing for the film. So it worked well,” he explained.

Even though the film features many scenic shots on the island, Paolo said that there was still a location that the audience missed out on.

“Honestly there was a location that we weren’t able to go to. It was just very, very far. Kumbaga logistically hindi maganda puntahan. In the Faroe islands we had five hours of daylight so kailangan naming magsimula agad kasi madami kaming day effect and going to that place would mean we’re going to kill at least two hours pero it was a very beautiful place. Sayang hindi namin siya napakita. Hopefully mapakita namin kung magkaroon ng part two. Pero sana if people will go there it’s a beautiful place,” he said.

Unlike his previous films, Paolo said having his latest project go straight to the global streaming platform has widened his audience reach and given him more job stability.

“Sobrang naiba lahat because to be honest, Through Night and Day and Ang Pangarap Kong Holdap didn’t really do well sa sa cinemas nung pinalabas siya and  am very thankful to Netflix that they got the films and then people actually had the opportunity to watch it. And mas nagtuloy tuloy like with A Faraway Land we went straight na to Netflix.

“It’s a very different opportunity, it’s a very different feeling lalo na ngayon during the pandemic masasabi ko na sobrang laking blessing niya na may Netflix na kumukuha ng mga pelikula para ma-enjoy ng mga tao not only in the Philippines pero sa buong mundo yung mga ginagawa natin. We get to work during the pandemic because we know if the film is good enough and may chance na ma-stream sa Netflix and I’m very thankful for it,” he added.

A Faraway Land is now streaming on Netflix.