Barbie Imperial attended the birthday celebration of Sam Cruz, the half-sister of her boyfriend Diego Loyzaga. 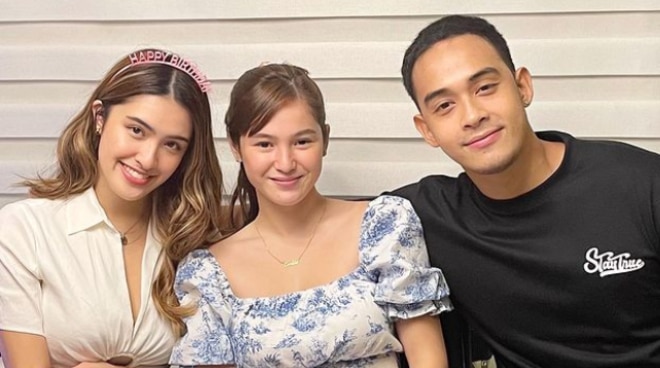 Barbie Imperial attended the birthday celebration of Sam Cruz, the half-sister of her boyfriend Diego Loyzaga.

This was revealed by Sam's mother, actress Sunshine Cruz, when she posted photos from her daughter's birthday party on Instagram on Wednesday, August 25.

"Thank you guys for always being there for Sam. Sam is really blessed to have you all in her life," Sunshine wrote in the caption.

In her birthday message for her daughter, Sunshine said: "17!! I love this bubbly, funny, sweet and sometimes pilya daughter of mine so much! Mom’s always here for you and I am very proud of you. Happy 17th Birthday my beautiful."

Sam, a Star Magic artist, is one of Sunshine's three daughters with her former husband, action star Cesar Montano. The other two are 19-year-old Angelina, a recording artist, and 15-year-old Chesca.

Diego and Barbie first confirmed their relationship in January.

In the same month, Barbie confirmed that Diego was courting her during a guest appearance on sa Magandang Buhay.