Lee Sung-kyung and Kim Young-dae are teaming up for an exciting new drama. 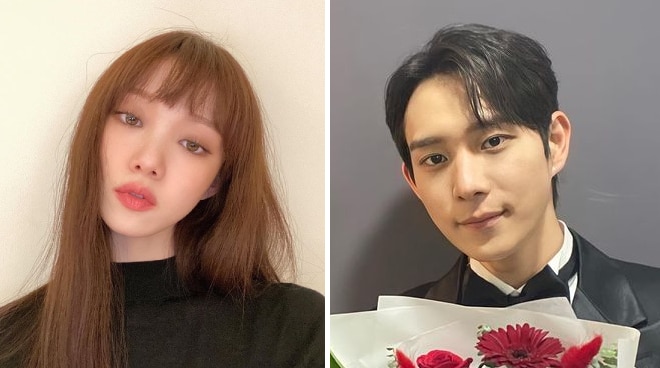 K-Drama fans are in for a treat as Weightlifting Fairy Kim Bok-joo star Lee Sung-kyung is teaming up with Extraordinary You actor Kim Young-dae for an exciting new drama.

The highly-anticipated new drama will follow the story of a top celebrity (Kim Young-dae) who falls in love with a publicity head of a talent agency (Lee Sung-kyung).

The story is said to be a true-to-life portrayal of celebrities and tabloid reporters in the Korean entertainment industry.

The new drama comes after the successful release of My Roommate is a Gumiho which starred Jang Ki-yong and Lee Hyeri.

iQiyi Senior Vice President Young Ming said she expects the show to receive the same attention as My Roommate is a Gumiho.

“Differentiated romantic themes continue to be deeply loved by international audiences. The global success of iQiyi’s first self-produced Korean original, My Roommate is a Gumiho, is a testament to that,” Young Ming said.

She added: ”We believe Shooting Stars will receive the same level of attention from Korean fans worldwide.”

Shooting Stars will stream on video streaming platform iQiyi and will be produced in collaboration with Studio Dragon.

Meanwhile, the show is expected to be released on the platform sometime in 2022 and will stream exclusively in over 191 countries via the iQiyi website and app.

Apart from Weightlifting Fairy Kim Bok-joo, Sung-kyung also starred in the drama Dr. Romantic 2. She has also appeared in shows such as Cheese in the Trap and The Doctors.

Kim Young-dae, on the other hand, has appeared in The Penthouse: War in Life and Cheat on Me If You Can.