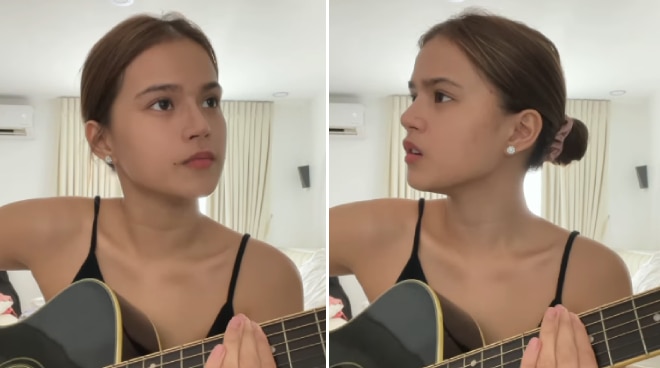 Maris Racal caught the attention of many netizens after her comical reenactment of the hit movie Minsan Lang Kita Iibigin on social media.

Maris was doing both the lines of Maricel and Zsa Zsa's characters in the video while playing a tune on the guitar, which served as the clip's background music.

Celebrities were quick to praise Maris for her comical performance.

Zsa Zsa also reacted to the video of Maris.

"Nyahahahaha!!! Monique and Terry 2.0 with scoring," she commented.

The video has already gained more than 670K views as of this writing.

This is not the first time that a comical video of Maris trended online.

Last April, a video of her having an emotional moment while typing on a laptop became a meme online.