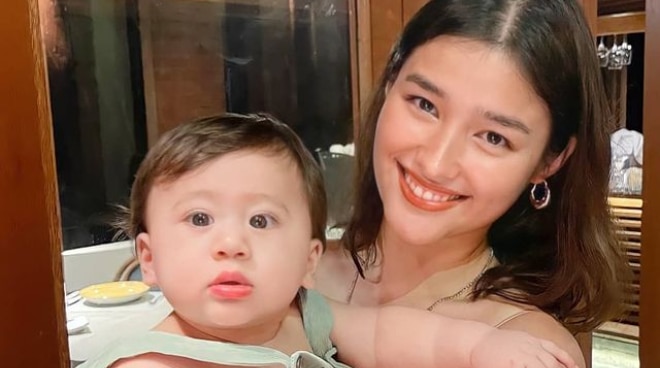 Liza Soberano has finally met her godson Jude Trevor, the son of her fellow actress and good friend Janella Salvador with her boyfriend Markus Paterson.

A photo of their meeting was uploaded on Jude's Instagram page last Friday, August 20.

Based on the post, Jude has not only met his "ninang", but also his "Tito Quen"—Liza's boyfriend Enrique Gil—"Tita Yassi" Pressman, and "Tita Cathy" Alex Gonzaga.

"I'm surrounded by beautiful people," read the caption of the post.

Janella and Markus, both 23, introduced their son to the public back in January, through a vlog post titled "Hey, Jude."

As seen in the vlog, Jude was born on October 20, 2020 in the United Kingdom, where Markus was born and raised.

After months of staying in the U.K., the couple returned to the Philippines with their baby last February, and one of the first few people who met Jude was his other godmother, actress Erich Gonzales.

READ: Janella Salvador pushing through with formal complaints against son’s bashers: ‘I’m gonna do anything for my son’

Aside from Liza and Erich, other celebrity godparents of baby Jude include Inigo Pascual and Kyle Echarri.