Is this Nadine Lustre’s new boyfriend? 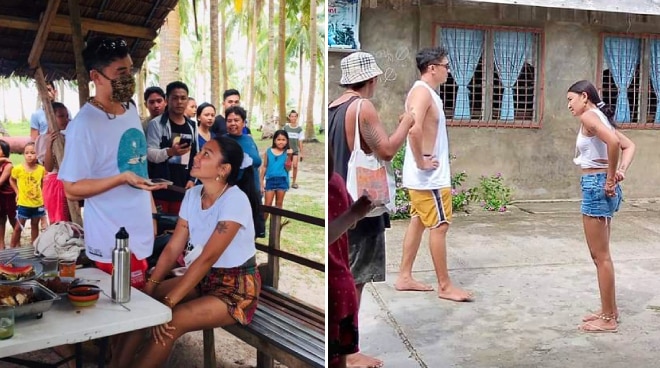 Has Nadine Lustre found the new love of her life?

This is one of the questions that have been lingering in the minds of Nadine’s fans over the past couple of weeks.

While some fans believe it’s best for Nadine to open up about her new beau when she’s ready, some fans couldn’t help but speculate on her rumored new romance.

The 27-year-old actress has been spotted getting cozy with the same guy on different occasions, based on the photos her fans shared on social media.

Some fans did some digging and found the official Facebook account of her rumored boyfriend — a French guy named Christopher Bariou.

Fans discovered that Christopher is the owner and co-founder of an online magazine called BE Siargao.

On top of it, he is also the founder and managing director of a luxury resort in Siargao called Maison Bukana.

Just recently, Nadine was spotted eating with Christopher at a restaurant in Siargao.

Nadine also got to meet some of the locals in Siargao through Christopher who made the introduction.

Right now, Nadine has yet to confirm the real status of her relationship with Christopher.

Despite their breakup, the two remained friends and Nadine went on to finish her successful visual album Wildest Dreams which she released late last year.