Read the messages of various Filipino celebrities for Manny Pacquiao. 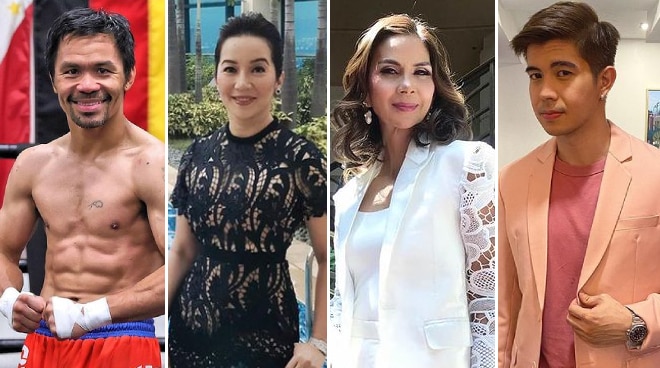 Various celebrities expressed their gratitude and support for Manny Pacquiao after his boxing match with Yordenis Ugas.

Manny lost to Yordenis via unanimous decision on Saturday night, August 21 (US time).

"I'm sorry that we lost tonight, but I did my best," Manny said after the boxing bout.

Following the result, celebrities penned their message for the Filipino boxing champion.

"Pinahanga mo ako #PacMan. Lumuha ako sa interview mo. No need to apologize, and we Filipinos wholeheartedly appreciate your THANK YOU. Most of all recognizing that the real fight, yung totoong #laban is back here at home para sa mga kababayan mo, after what I am sure was a crushing loss, you truly are a man of #faith," Kris Aquino said in an Instagram post.

Meanwhile, Dyan Castillejo said, "What a fight! Manny Pacquiao really gave his all and did his best in this fight vs. Ugas. We are so proud of you, Manny! The whole Philippines is proud of you!!! Salamat, !!! Only 1 Manny Pacman Pacquiao."

Ruffa Gutierrez remarked that the Filipinos will always be proud of the boxer.

"Manny Pacquiao is the only eight division champion in the world! He is among the greatest boxers of all time! He is considered the Philippine Pride of Boxing! We, Filipinos, will always be proud of Sen. Manny!" Ruffa Gutierrez posted.