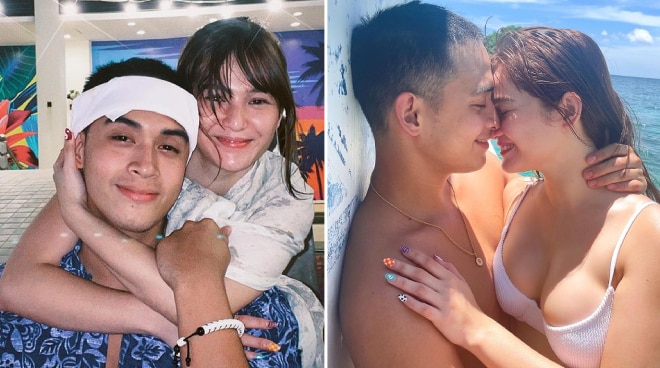 In an Instagram post, Diego referred to Barbie as the "love of his life" as he wished her a happy birthday.

"To the love of my life, happiest 23rd birthday my baby, baby momma, baby ban*s, mahal ko, I wish you all the best and all the happiness in the world. As generic as that is, I mean every word of it. That you keep on succeeding in everything you do and know that I'll be right here by your side supporting you. Every triumph and every setback, I'll be holding your hand cheering you on!" Diego said.

"Another year older and another year wiser. Big things are in store for you, my not so baby girl. And I'm proud to be your guy, here with you through it all. Through thick and thin, till death do us part (luh?) I'm excited to spend your next birthday, next Christmas, next new year with you and watch how we grow as a couple and as individuals. I'm lucky to have you as my partner. No relationship is perfect nor easy. It takes effort, a little struggle and a whole lot of commitment… and for you it's worth all of it. ... Again, happy birthday, mahal. I love you," he added.

In the comments section of his post, Barbie shared her reaction.

It was early this year when Barbie and Diego confirmed their romance via a social media post.

In a recent interview with PUSH, Diego said he believes that Barbie is already "the one" for him.

He also admitted that he has talked to Barbie about marriage.