‘Kun Maupay Man It Panahon’ bagged an award at the Locarno Film Festival in Switzerland. 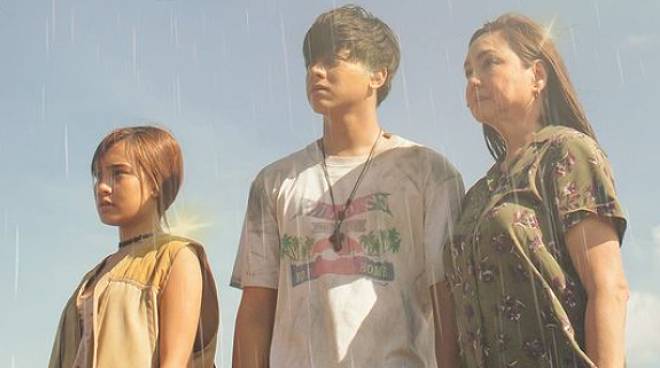 The Charo Santos and Daniel Padilla-starrer Kun Maupay Man It Panahon (Whether The Weather Is Fine) has won at the 74th Locarno Film Festival in Switzerland.

The official Facebook page of the film announced on Sunday, August 15, that the film bagged the Cinema e Gioventù Prize from the Concorso Cineasti del presente Junior Jury. The prize is part of the educational initiative of the Festival for students aged between 18 and 21 to evaluate the official entries according to the festival’s website.

The film follows the story of Norma (Santos) her son Miguel (Padilla) and daughter Andrea (Rans Rifol) as they struggle in the aftermath of the typhoon Yolanda which devastated Tacloban City in 2013.

Helmed by Carlo Francisco Manatad, the Waray language film is based on the experience of the director himself.

Kun Maupay Man It Panahon, which took part in the festival’s Concorso Cineasti del Presente, or Filmmakers of the Present Competition, is the lone Philippine entry in the section.

The Concorso Cineasti del Presente section features the various works of up-and-coming directors from different parts of the world.

Whether the Weather Is Fine is a co-production between the Philippines and France, with co-producers and funding from countries such as Singapore, Indonesia, Germany, and Qatar. It is also is a recipient of FDCP’s International Co-production Fund (ICOF).

“GO PHILIPPINES! So proud of you guys! #TEAMFDCP is here to always support,” Liza wrote in her Facebook post.

In a Facebook post, Carlo revealed that the film will be screened at the Toronto International Film Festival under its Contemporary World Cinema Section starting September 9.

Kun Maupay Man It Panahon Whether The Weather Is Fine