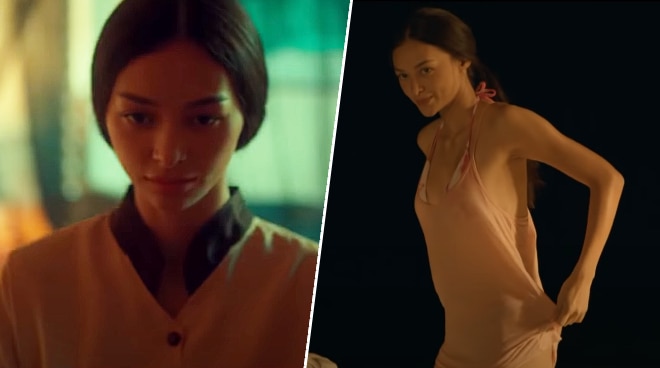 Screenshot from The Housemaid Official Trailer

The movie is a Philippine remake of the hit South Korean film of the same name, which competed for the Palme d'Or at the prestigious Cannes Film Festival in 2010.

The Housemaid, based on its official synopsis, follows the story of Daisy, "a new maid to a wealthy family whose task is to watch over a young kid, but unknowingly she's being watched by the kid's father. When temptation kicks in, Daisy and the wealthy family's lives start to shatter in pieces."

Watch the official trailer below:

Previously, Kylie said she considers The Housemaid as one of her most challenging roles.

She also admitted that she had second thoughts about accepting the project, considering that it's different from all the roles she's played in the past.

The Housemaid will stream exclusively on Vivamax beginning September 10.