‘Love Under the Stars’ actor Romnick Sarmenta shares how it felt to have his sexual preference questioned by a family member. 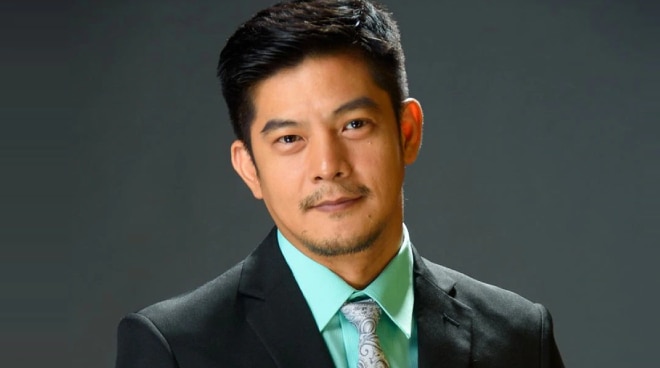 With last year’s Metro Manila Film Festival entry, The Boy Foretold By The Stars now made into the iWantTFC original series Love Beneath The Stars, fans of the BL movie now get the chance to meet more characters in the lives of same-sex couple Dominic and Luke. Playing the role of Adrian Lindayag’s father in the series is Romnick Sarmenta who is proud to be part of the production.

“I’ll be honest, the first time they asked me to join in, I wasn’t able to see the film. Pero the moment I read the script, I wanted to be part of this. I want to do this role. I wanted to be a part of this awesome project. I think it’s about time that people understand that you can’t discuss a subject singularly. Hindi puwedeng isa lang yung approach. Hindi puwedeng hindi nagbabago ang pagtingin natin at paniniwala sa mga sitwasyon and I think this project gave me the opportunity to share that,” he said.

The veteran actor, who is the father of six kids, explained how he would react if any of them came out to him.

“I have two boys and four girls. Yung boys bookends sila. One is the eldest and the other one is the youngest. If my children will always be open to me, they will understand that I will always be there to support them. It doesn’t matter what their choices are for as long as they’re not hurting themselves or others in the process, as long as they’re being true to what they feel. I want them to know that I am proud of them no matter what. Because my children are my children no matter what happens,” he said.

“So dumating na sa point na even in my family I was asked by one of my uncles if I was a member (of the LGBT community) and I got offended. Not because I wasn’t or was, it was because parang it’s the way you use your words, it’s the way you talk and it’s the way your voice sounds that is offensive. Parang there is something ultimately wrong with this kind of personality and I don’t want to feel like that and I don’t want to be like that and so I told myself I just won’t do it. I have to admit, I did not agree with him when I was young pero it wasn’t reason enough for me to bully anyone and I’m just happy that I never had to do that,” he said.

Love Beneath the Stars is written and directed by Dolly Dulu. It stars Adrian Lindayag, Keann Johnson, Nikki Valdez, Agot Isidro, Romnick Sarmenta, Victor Silayan, and Iyah Mina. The iWantTFC original series will have six episodes with a new episode coming out every Monday starting August 16.