Broadway Diva Lea Salonga made a lot of fans happy when she greeted her former onscreen partner Aga Muhlach a happy birthday. 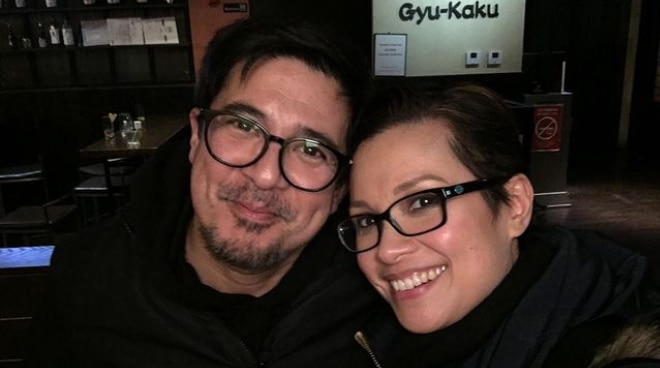 Broadway Diva Lea Salonga made a lot of fans happy when she greeted her former on-screen partner Aga Muhlach on his birthday. The seasoned actor turned 52 this Thursday, August 12.

On Instagram, Lea shared a photo of herself with Aga and wished him a happy birthday.

"Only the bestest wishes for you on the 31st anniversary of your 21st birthday! Happy Happy!", she wrote in the caption.

In the comments section of her post, Aga shared his reaction.

Lea and Aga were one of the most memorable love teams to come out in the ‘90s, following the massive success of their two films Sana Maulit Muli and Bakit Labis Kitang Mahal.

In a letter he penned in 2013 for the Playlist Souvenir Book: A Celebration of Lea Salonga’s 35 years, which went viral on social media, Aga confessed that he once had romantic feelings for the singer, whom he described as "the one that got away."

"She never knew how much I loved her. It was a lifetime ago, I was a young man on fire with passion, as all young men of a certain age are. I wooed fair ladies, and dreamed of shaping the world. And, to me, Lea was Sandy—ethereal, aloof, unattainable; my very heart's desire. Lea was Agnes—vulnerable yet remote, kind yet callous, constantly engaged in a battle of wills. And I loved Agnes and Sandy and Lea in equal measure," he was quoted as saying.

"Lea is the one that got away. And she never knew," he added. "So now she knows. We are older and wiser now, we have gone our own ways, we are no longer the same. But the fire has not ebbed. Rather, it has grown deeper, stronger, quieter, more enduring. I love her still, but perhaps because she got away, I have her as a friend now, and so I will always have her. Anytime she needs me, andyan ako. Anytime I need her, she's there."

Aga is married to beauty queen and host Charlene Gonzales. They celebrated their 20th wedding anniversary last May. They have twin children—Andres and Atasha.

Meanwhile, Lea is married to Robert Charles Chien, a Chinese-Japanese managing director of an entertainment software company in Los Angeles, California, whom she met while performing in Flower Drum Song in 2001. They have one daughter, Nicole.