Celebrity couple John Prats and Isabel Oli have marked another milestone in their married life as they announced the construction of their dream family home. 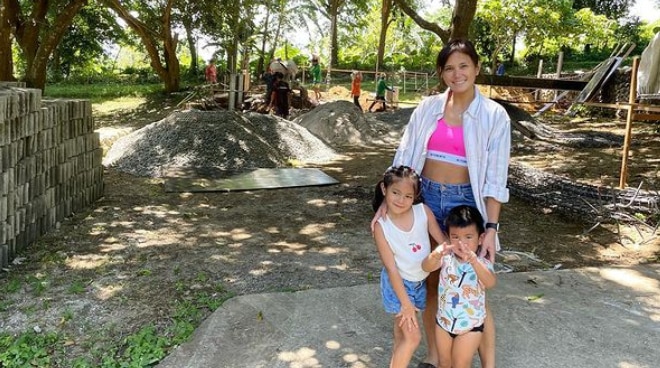 Celebrity couple John Prats and Isabel Oli have marked another milestone in their married life as they recently announced the construction of their dream family home.

On Instagram on Wednesday, August 11, Isabel expressed her gratitude as she posted a photo of the ongoing construction of their new house.

"Another day, another blessing. Forever grateful. Thank you God," the actress wrote in her caption.

"This is it cuff," she then said, before tagging John.

Though she did not say what for, she also thanked her parents-in-law, Dondie and Alma Prats, in her post.

It was in 2019 when John and Isabel first announced that they will be moving into a new home.

They made the announcement in a vlog they released around Christmas last year, where they gave a glimpse of the lot where their house would be built.

John and Isabel have been married for more than six years. They celebrated their sixth wedding anniversary last May.

They have three children—Feather, 5; Freedom, 2; and Forest, who turned one last July.