Senator Francis ‘Kiko’ Pangilinan took some time off to support the new movie of his wife, veteran actress Sharon Cuneta. 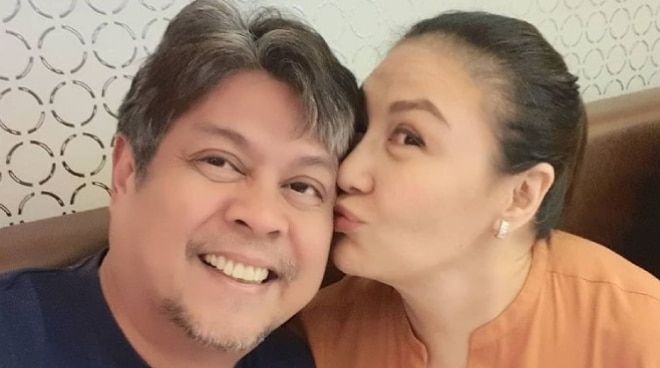 Senator Francis "Kiko" Pangilinan took some time off to support the new movie of his wife, veteran actress Sharon Cuneta.

On Instagram, Sharon, who recently got back from the US, posted a photo of Kiko watching Revirginized together with their son Miguel and their helpers at home.

"While his wife was and is still in quarantine, my 'neighbor' and supportive hubby watched Revirginized with our son Miguel and our beloved angel-helpers!" Sharon wrote in the caption of her post.

Last Friday, August 6, in time for its premiere, Kiko also showed support for his wife's new movie by sharing a teaser he made to promote Revirginized.

In Revirginized, Sharon plays a character that's different from all the roles she's played before. In it, she stars as Carmela, a mother who rediscovers herself after years of being single following her divorce.

The film was written and directed by Darryl Yap, who is known for the controversial themes of his movies such as Tililing and Jowable.

Aside from Sharon, Revirginized also stars Marco Gumabao and Rosanna Roces, together with Albert Martinez and Cristina Gonzales. It is available to stream on Vivamax, KTX.ph, iWant TFC, TFC IPTV, and SKY PPV.