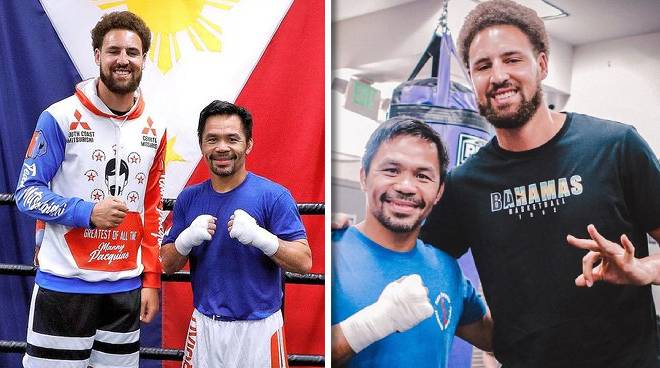 Another NBA star visited Manny Pacquiao during his training for his upcoming boxing match in the US.

Golden State Warriors player Klay Thompson visited Manny at the gym where he has been doing his training.

"Nice to have @klaythompson at Wild Card Gym today! I told Klay I would teach him how to fight if he’ll teach me how to shoot," Manny posted on his Instagram.

READ: Jinkee Pacquiao and kids fly to the US ahead of Manny Pacquiao’s boxing match

"Great seeing you my friend!" the basketball athlete commented.

"ONE OF ONE, Legendary!!! #filipino #puso," Jordan posted on his social media on July 25.

Manny will fight Errol Spence Jr. on August 21 at the T-Mobile Arena in Las Vegas, Nevada. They will be competing for Errol's IBF and WBC welterweight titles.