Anne Curtis is now being followed by more than 17 million people on photo-sharing app Instagram. 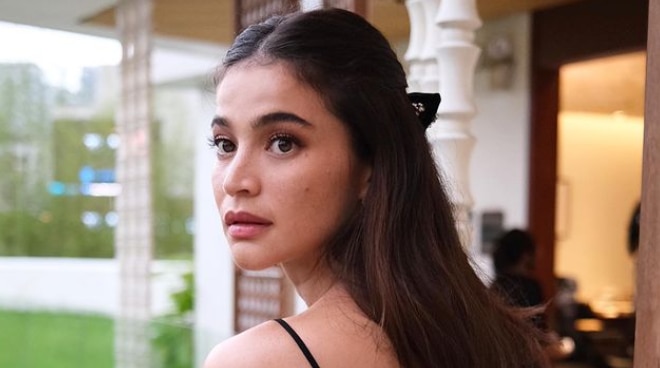 Anne Curtis is now being followed by more than 17 million people on photo-sharing app Instagram.

The actress and television host shared her latest social media achievement in her post on Thursday, July 8.

"'I waited till I saw the sun…' Sending 17 million kisses out to the Instagram world," she said.

Just last March, the It's Showtime host marked another social media milestone as she became the first Filipino to reach 14 million followers on micro-blogging site Twitter.

In 2020, Anne was among the Filipino celebrities included in the "Asia's 100 Digital Stars" list of Forbes Asia.

The list features "100 singers, bands, film, and TV stars with a strong social media presence" in the Asia-Pacific region who "have maintained their relevance" amid the COVID-19 pandemic and utilized their influence to help.

Anne, 36, recently made headlines after a photo of her in a virtual meeting with executives from GMA Network sparked rumors that she was switching networks.

However, the Kapamilya actress was quick to deny this, explaining it was only a pitch meeting for a film with GMA before clearing out that nothing is final yet.

She also hinted at her nearing comeback on the ABS-CBN noontime show It's Showtime, saying, "Babalik pa ako... So kalma lang madlang peeps!”