Philip Younghusband, the son of former Azkals player Phil Younghusband and his wife Margaret, has turned one. 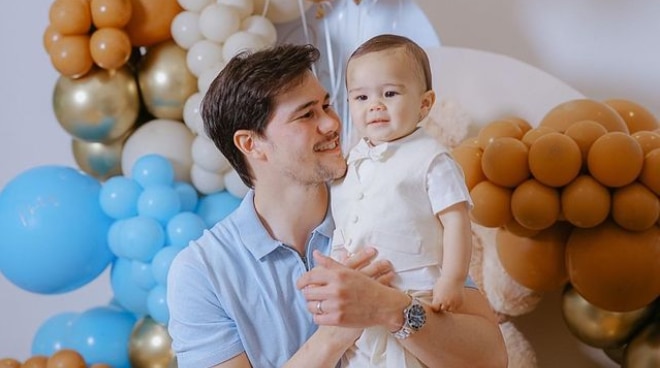 Philip Younghusband, the son of former Azkals player Phil Younghusband and his wife Margaret, has turned one.

On her Instagram page, Margaret shared photos from the birthday celebration of Philip which was held in London last month.

In one of her posts, the former model shared her touching birthday message for their son.

"Happy 1st Birthday to our darling Philip," she said.

"One year ago, you changed our lives. You burst our hearts wide open and taught us a love like we never knew before. Keep shining sweet Philip, we love you forever!" she added.

On Tuesday, July 6, Nice Print Photography shared several more photos from the celebration on its official Instagram page. You can check it out below:

Phil and Margaret have been married since July 2019.

They welcomed Philip, their first child, on June 16 last year.

In a previous post, Phil said he enjoys every second of being a husband and a father to Philip.

“Even with less sleep, being with our beautiful son gives us more energy," he said.

Phil, along with his brother James, who is also a former footballer, are now based in Kent, England.

After playing football for 13 years, Phil announced his retirement from the sport in November 2019.

The Younghusband brothers were former reserve players for the English Premier League team Chelsea before joining the Philippine Azkals in 2006, where they contributed to the rising popularity of the sport in the country.