Toni Gonzaga on how she chooses projects nowadays: ‘I am done feeding my ego’

Toni Gonzaga says she earns more from her television projects than her YouTube vlogs. 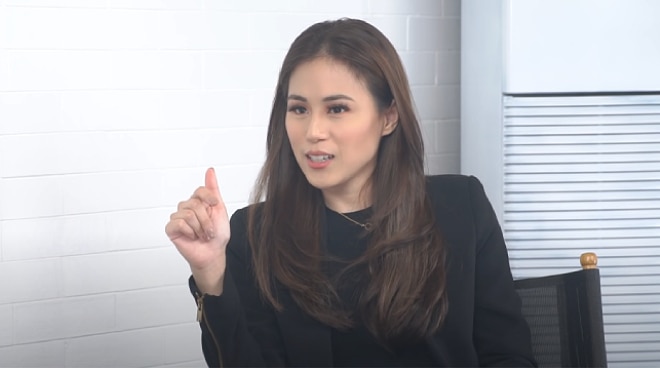 Throughout her 20-year career in showbiz, Toni Gonzaga shared that she has realized that what’s important is not the money that she would earn from a project but the principles she believes in.

During an appearance on Wil Dasovich’s latest vlog, Toni did not have any second thoughts about answering a question that involved her earnings.

Former Pinoy Big Brother housemate Wil asked the multimedia star whether she gets paid more on television or on YouTube.

While her answer was TV since she’s relatively new on the video streaming platform, the award-winning TV host shared how the small screen helped her achieve her dreams.

Despite the stardom she has attained throughout her more than a two-decade-long career in the industry, Toni revealed that she no longer thinks about the amount of money she’s going to earn from a project.

“I’ve reached that because in my 20-plus years in the industry, I was able naman to save for myself. So I am not deciding anymore for money. If I do something, it’s not because it’s money-driven or because ‘This is what they are going to pay you.’ It’s not about that anymore,” she said.

“I am done feeding my ego. I fed my ego for 20-plus years in the industry. I realized that was my biggest enemy, my ego. Because the ego is the idea that you have of yourself, that you’re carrying around you and that’s not helping you," she added.

On the kind of projects she chooses, Toni said she usually picks based on what she stands for.

“The day that you wear your title — Bob Iger said this in The Ride of a Lifetime, he’s the former president of Walt Disney —  he said that the moment you wear your title is the day you lose it. Because it’s the one running your life. That’s not who you are anymore,” she remarked.

Toni Gonzaga has established herself as one of the Philippines’ biggest stars, having hosted some of the most successful TV shows, starred in various box office hits, and endorsed several brands.