Here's a treat for fans of JM de Guzman—the Kapamilya actor is set to release his first extended play (EP) under Star Music.

In an Instagram Stories update on Monday, July 5, JM announced that the upcoming record will contain five tracks, "Indigo's Sky", "By My Side", "Convalescence", "Cupid", and "Asa", all of which he performed and wrote.

"This EP is how music and songwriting helped my recovery, through expressing everything in paper and melody during my time inside, during my therapeutic intervention," he said.

JM, who has made no secret of his mental health struggles, said the key message of his latest music release is "to spread awareness on mental and emotional and spiritual health". 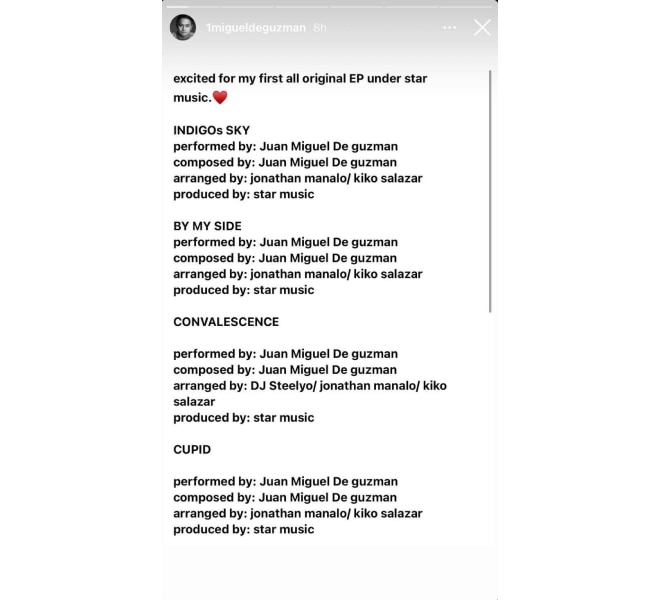 However, JM did not say when his EP will be released.

Currently, JM can be seen in the primetime series Init Sa Magdamag.

The series, which also stars Yam Concepcion and Gerald Anderson, follows the story of a congresswoman (Yam) and her relationships with her aspiring politician-husband (JM), and a community doctor (Gerald) with whom she has a romantic past.