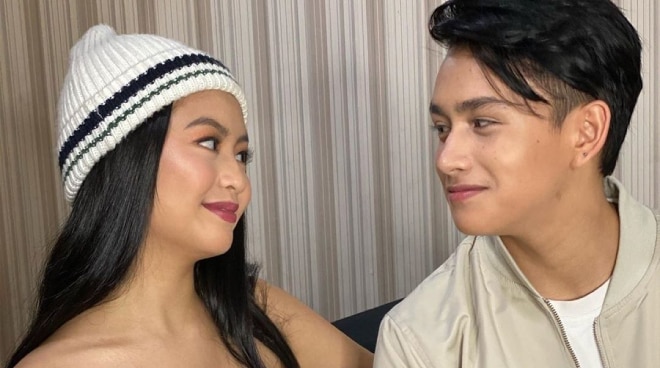 Two years after they left the Pinoy Big Brother house. Ashley Del Mundo said she and Tan Roncal are still waiting for their first major project together. The couple, who have been known as ‘AshTan’ since leaving PBB have remained close even off-cam.

“We’ve had several digital series and they’re never actual projects. For us, I think there will come a time in the right timing dadating, all that we can say is that when that time comes for sure hindi kayo ma-di-disappoint kasi me and Tan have been working so hard excelling kung ano yung kailangan namin i-improve pa. Whenever that time comes na may project kami, gagalingan namin talaga para sa inyo,” she said during the Star Magic Black Pen Day media con.

Even though they are both doing separate projects this year, Ashley revealed how supportive Tan is of her acting in the digital series He’s Into Her.

Ashley explained that she and Tan both understand that working separately allows them also to grow and work with different people in the industry.

“We always say to each other, we can’t really grow and expand as an artist if we don’t try new things, so Tan has a new partner sa BL and ako din naman. It just makes us grow more as individual artists in this industry. Kasi sobrang comfortable namin sa isa’t isa na it’s good as well to try something different, to learn something from another person. So I would say just take it from a different outlook,” she said.

When asked about the real score between her and Tan, Ashley explained why they’re just the best of friends and revealed the promise they made to each other.

“I feel like at this time we’re not really rushing into anything. We’ve got a long way ahead of us and our goal together is just to grow as individuals and as a love team in this industry. So whether or not we’re together, we’ll always be there for each other and that’s a promise we made to one another,” she added.