Director Chad Vidanes is proud of the cast of ‘He’s Into Her’: ‘These kids deserve every bit of success’

‘He’s Into Her’ director Chad Vidanes says shooting the series’ finale episode was the most difficult shoot for him to do. 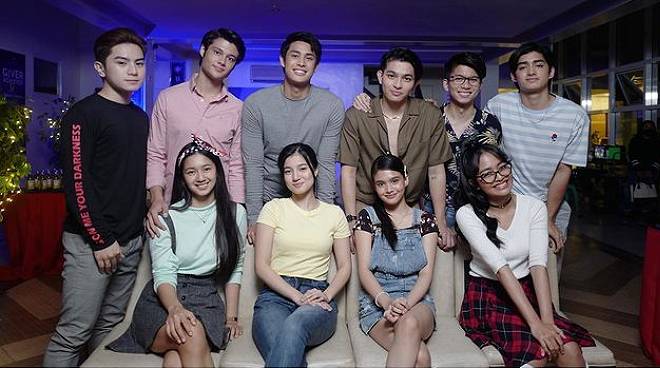 With his digital series He’s Into Her ending this month, director Chad Vidanes said shooting their finale episode was the most challenging for him out of all the ten episodes of the show.

“We wanted to step up. Siyempre season finale namin siya. For me this is one of the most challenging episodes to have shot because one, I wasn’t on set with them for an unforeseen safety protocol issue. So I had to direct them through Zoom. First time naming lahat so medyo mahirap siya. It was a big scene. The final game of the Sharks versus Bears. It wasn’t there on set. Siguro kasi din dahil sa restrictions of COVID, we had to compromise a lot in a way na yung grandness nung eksena I had to maintain it even I had limited resources kasi siyempre ang laki laki nung finale. Pero even if ganun yung execution ang importante is the emotion and the essence of the story. I executed it in a way na kahit hindi na siya ganun ka-grand, andun pa rin yung essence nung lesson nung story,” he said during the He’s Into Her finale blogcon.

The Kapamilya director admitted that after doing previous lock-in taping cycles with his young cast, he did not have any worries coming into their last cycle for their tenth episode.

READ: ‘He’s into Her’ cast share their most memorable moments on set

Looking back on all the hard work he and the cast have put in on the show, direk Chad vouched for the talent and potential of the He’s Into Her stars.

“Malapit na matapos yung series and every time I watch them onscreen even sa editing pa lang, lagi kong sinasabi sa sarili ko na, ‘These kids deserve every bit of success that they’re experiencing right now.’ Kasi sobrang deserve nila. I was a witness of all their hard work, their passion into this project. Sobrang nakaka-proud lang at nakakataba ng puso. Syempre when I see how the people, their fans, react to their hard work, ang sarap lang sa pakiramdam. Sobrang nakaka-proud lang sa kanilang lahat,” he shared.

READ: Donny Pangilinan and Belle Mariano on being labeled ‘The Next Big Love Team’: ‘We’re humbled by the support’

The finale episode of He’s Into Her is available on iWant TFC.

He’s Into Her Chad Vidanes