Ranz Kyle and Niana Guerrero held a groundbreaking ceremony for their dream house. 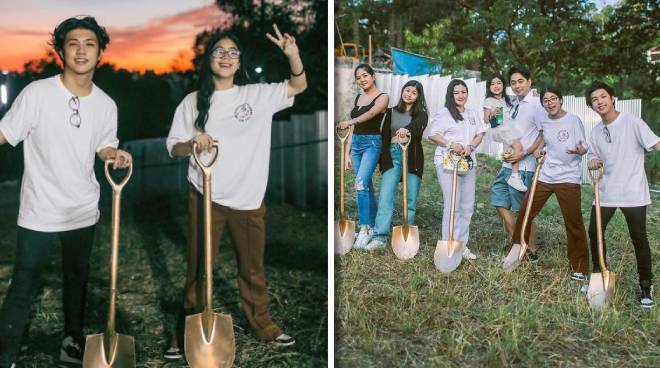 In a vlog released last June 30, Ranz shared his excitement for his family who will be getting a new house after several years.

“We, as a family, bought a lot. You know, this has been there for a while now. Like years ago. This is the only time na magsta-start ‘yung groundbreaking,” Ranz said.

While the groundbreaking was supposed to happen years back, the ongoing pandemic prevented them from starting with the construction of the house.

“It’s supposed to happen like years ago pa. But the pandemic happened, so everything got delayed,” Ranz said.

Sharing his plans for the house, he said: “Marami kaming styles so may mga suggestions kami sa mga rooms namin.”

Niana said she would miss their old house where she grew up in. “I’m gonna miss our old house, though. Kasi everything happened there. We’re gonna cry when we leave. I lived there my whole life,” she said.

Renz, who always wanted to have a place of his own, will build a loft which will serve as his mini-house.

“I wanted a loft ‘cause I wanted like my own place. So there’s like a small kitchen, a small bar, a living room,” he said.

Meanwhile, Ranz and Niana’s dad shared how happy he is to know that each member of the family contributed to fulfill their dream of building a house happen.

The duo’s mom said she feels thankful for finally getting a house of their own after so many years.