Maureen Wrob on possibility of working with Liza Soberano: ‘I would be a bit intimidated’

New Star Magic artist Maureen Wrob reveals which Kapamilya star she has always been a fan of. 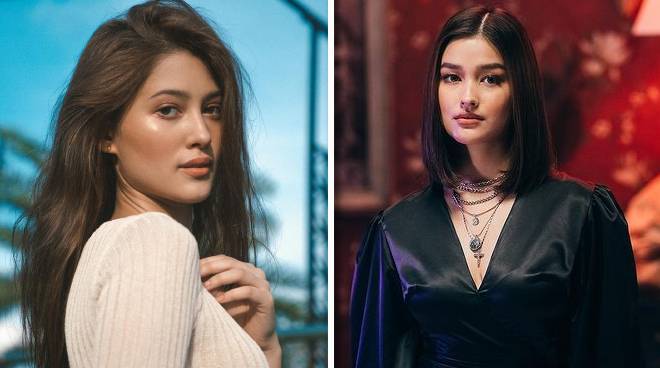 Now that she is officially a member of the Star Magic family, model-turned-actress Maureen Wrob shared that her dream roles are the ones that you would not normally expect.

“I really like challenging roles. I like roles that are not close to my personality. I would describe myself as kind of weird or awkward a lot of times so if there is a role that is too close to my actual personality, I feel like I’d have a hard time doing that strangely. So I could even try kontrabida roles, being the mean girl I’m very open to that,” she said during the Star Magic Black Pen Day media con.

Maureen, who became the first Filipina to win Asia’s Next Top Model in 2017, first started out in the country as a model after moving to the Philippines from Germany after being scouted by a talent agent. The Filipina-German beauty, who was initially tagged as lookalike of Liza Soberano, admitted she would love to work with the Kapamilya star someday.

“Yes I would love to work with her. I feel like I would be a bit intimidated by her. But I’ve been a fan of her ever since I was 15 so I look forward to working with her if there is an opportunity,” she said.

Growing up, Maureen said she has been a longtime fan of another Kapamilya actress whom she loved watching even as a child actress.

“I’ve always looked up to Kathryn Bernardo. I’ve been a fan ever since I was really small. I watched her on Goin’ Bulilit,” she said.

Having been in a relationship with singer Juan Karlos Labajo for more than two years, Maureen said she does not have any idea who she can be paired with onscreen.