Reunited couple McCoy de Leon and Elisse Joson enjoyed time together out of town to celebrate their anniversary. 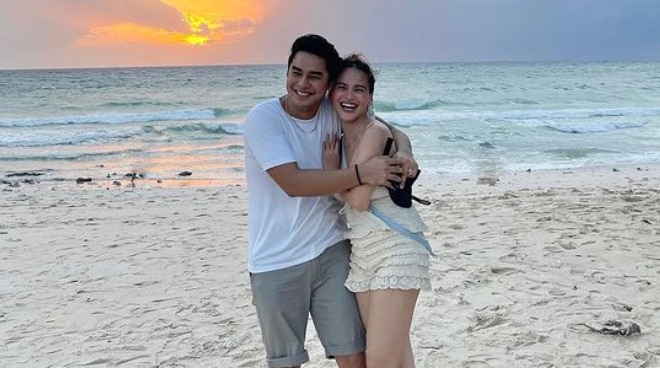 McCoy de Leon and Elisse Joson first got close after spending time together inside the Pinoy Big Brother house in 2016 and became known as the love team “McLisse” shortly after the season ended. Their reel-to-real life romance came to an end in mid-2018 when the couple decided to part ways.

Rumors of a rekindled romance started late last year when the couple posted photos of themselves on a date even though they kept mum on their current status. McCoy then confirmed their relationship with PUSH in an interview last June.

In her Instagram post last July 27, Elisse shared photo of a beach trip with the McCoy which also coincided with their anniversary as a couple. The photos show them enjoying quiet time at the beach. Elisse wrote a simple but sweet caption, “anywhere with you.”

Even during their time apart, McCoy has always been vocal about how his feelings for Elisse have not changed even after their breakup in 2018. He described their new relationship as more mature.