‘On the Job’ sequel to compete in Venice film fest

The sequel to the acclaimed crime-thriller ‘On the Job’ is set to compete in this year’s Venice International Film Festival, director Erik Matti announced on Tuesday, July 27. 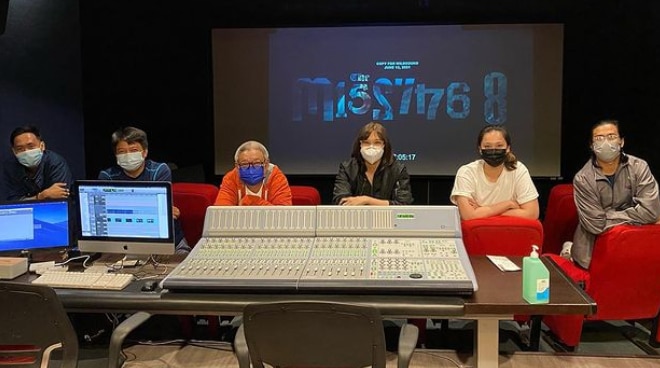 The sequel to the acclaimed crime-thriller On the Job is set to compete in this year's Venice International Film Festival, director Erik Matti announced on Tuesday, July 27.

On the Job 2: The Missing 8 announced on Monday, July 26, as one of the 21 entries selected for the festival's main section, and is the lone Philippine nominee for the category.

The 78th Venice International Film Festival will run from September 1 to 11, 2021.

On the Job 2: The Missing 8 stars John Arcilla as Sisoy, a journalist who investigates the mysterious disappearance of his colleagues, and Dennis Trillo as Roman, a prisoner who is temporarily freed to carry out assassinations.

Previously, Erik said that On the Job 2 might be his "longest film ever both in production length and in running time."

He also revealed that he initially planned to create an On the Job online series as a follow-up to the first film, but eventually decided to make a full-length sequel instead. On the Job 2 was supposed to be a six part series, and was originally scheduled to be released in June 2019. However, it was postponed due to undisclosed reasons.

Released in 2013, On the Job starred Piolo Pascual and Gerald Anderson as inmates who are temporarily released from prison to work as contract killers for politicians and high-ranking military officials.

The movie made its world premiere at the prestigious Cannes Film Festival, as part of the Director's Fortnight category.