Manny Pacquiao is currently training for his upcoming match with Errol Spence Jr. 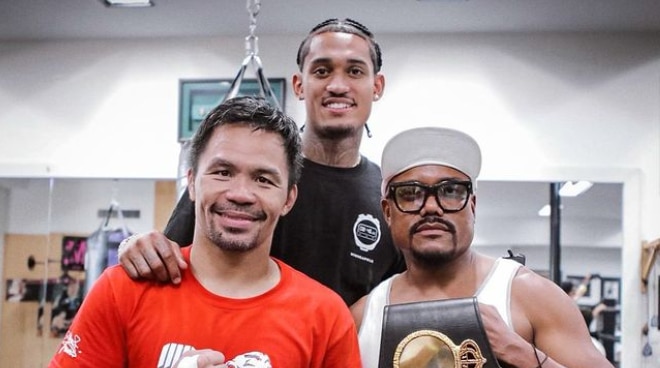 Manny posted his snapshot with Jordan and Apl.de.Ap on his Instagram page and wrote, "Filipino pride!"

"ONE OF ONE, Legendary!!! #filipino #puso," the basketball athlete posted.

READ: Jinkee Pacquiao and kids fly to the US ahead of Manny Pacquiao’s boxing match

Meanwhile, Apl also shared his photo with Manny at the Wild Card Boxing gym on his Instagram page.

"Protection for the throne," the singer wrote.

Manny will fight Errol on August 21 at the T-Mobile Arena in Las Vegas, Nevada. They will be competing for Errol's IBF and WBC welterweight titles.