Andrea Brillantes said the new design of her room reflects her true personality. 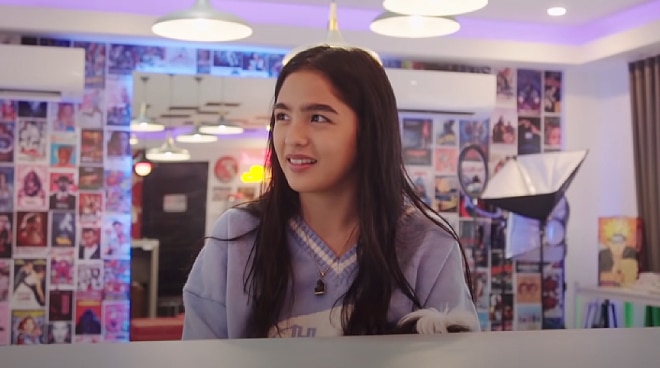 Fans are getting envious over Andrea Brillantes’s new room as the teen Kapamilya star got her own snack bar in her newly-renovated room.

In a special episode of construction firm Mundo, the 18-year-old celebrity gave a tour of her room with a vintage café and bar theme.

Admitting she isn’t a fan of minimalist design, the actress’ room definitely suited her own style and love for colorful things.

But Andrea’s room could also stand as a house of its own as it has a dining area, a kitchen, and a lounge area big enough to accommodate guests.

Much like her fans who have seen the video, Andrea’s favorite spot is also the snack bar in her room with a design reminiscent of retro-styled cafes from the ‘70s.

Apart from the neon lights commonly seen in vintage-themed bars, her room also has a popcorn maker, cotton candy maker, coffee maker, and a mini refrigerator.

A portion of the wall inside her room was also filled with posters of all-time favorite films in classic and modern pop culture.

While several changes have been made, she decided to keep the loft bed which she had prior to the renovation.

Andrea expressed her gratitude to Mundo for the room transformation and said she would definitely recommend the firm to her followers.

The young actress finished building her dream house – of which she gave a glimpse earlier this year – after almost ten years.