Actor RK Bagatsing took to Instagram to greet his girlfriend Jane Oineza as she turned 25 on Thursday, July 22. 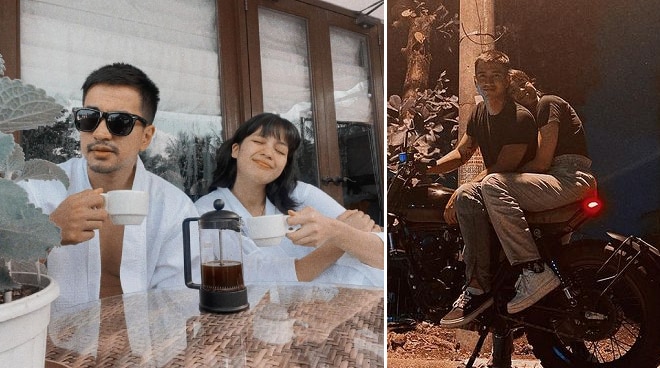 Actor RK Bagatsing took to Instagram to greet his girlfriend Jane Oineza on her birthday. The actress turned 25 on Thursday, July 22.

To mark the occasion, RK shared several sweet photos of him with Jane on Instagram, along with the simple caption, "Everything I need is in this photo dump. Happy birthday."

He tagged Jane in her post before adding balloon and alien emojis.

Apparently touched by the birthday greeting, Jane replied, along with a pleading face emoji: "I love you."

It was back in May when RK and Jane confirmed being an official couple through a TikTok video showing them exchanging a sweet kiss.

Earlier, Jane fueled rumors of their romance when she referred to RK as her "source of happiness", in her message for the actor as he turned 33.

Recently on "Magandang Buhay", RK admitted being very happy around Jane  as he opened up about their relationship.

The two were first paired onscreen in 2018 teleserye “Araw Gabi.” They went on to co-star in the romance film “Us Again" in 2020.