Megan Young shared the story of her journey towards the Miss World 2013 crown. 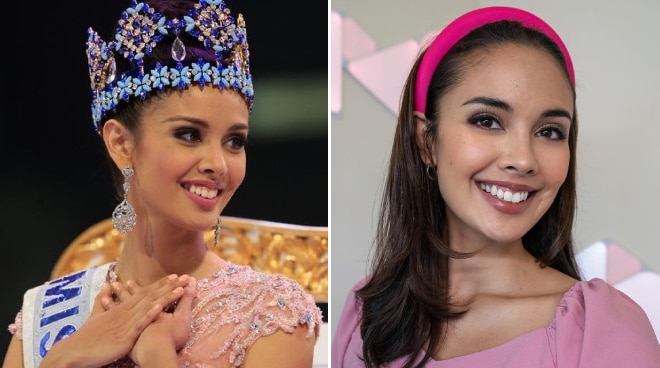 Megan Young shared why she decided to join the Miss World Philippines pageant in 2013.

In one of the episodes of her "Behind Relationship Goals" podcast alongside her husband Mikael Daez, Megan shared that initially she was supposed to train for Bb. Pilipinas but she had cold feet when she saw Janine Tugonon during the training.

“It was 2012 when they asked me to train for Bb. Pilipinas, sila Mama J (Jonas Gaffud), Aces & Queens. I didn’t know anything about pageants and they are just like, ‘Try it out. Tignan mo kung gusto mo.’ I went there to train for walking. I saw Janine, and I was like ‘Wow! She’s so beautiful. She’s so confident. She looks like a winner. I am not joining.’”

She further relayed, “Immediately, I was shutting myself off and telling myself, ‘You can’t do this because this girl is gonna win for sure."

She then turned her focus on her acting career as she was offered a role in a television series that time.

Megan shared that she then received a call from Aces and Queens again asking if she would want to join the Miss World pageant.

“I surprisingly woke up one day and I realized, ‘What am I doing with my work?’ I just go to taping, I do my job, I earn a living, but what’s my purpose. It felt kind of empty at that point because I didn’t know where I was going from there. May natutulungan ba ako? Am I just helping myself? Is it all for selfish gain?” she admitted.

Aces and Queens then shared with her clips from Miss World and what it represents and got her interest.

“Then sila Mama J showed me Miss World. They made me watch all the Miss World things. It piqued my interest. From that point on, that’s when I decided sige I will commit,” she said.

Megan joined Miss World Philippines in 2013 and won the title.

She then competed in Bali, Indonesia for the Miss World 2013 crown and emerged as the winner.