Piolo Pascual shares advice on getting into relationships: ‘Don’t fall too soon’

‘My Amanda’ star Piolo Pascual talks about his new film which tackles issues on friendship and love. 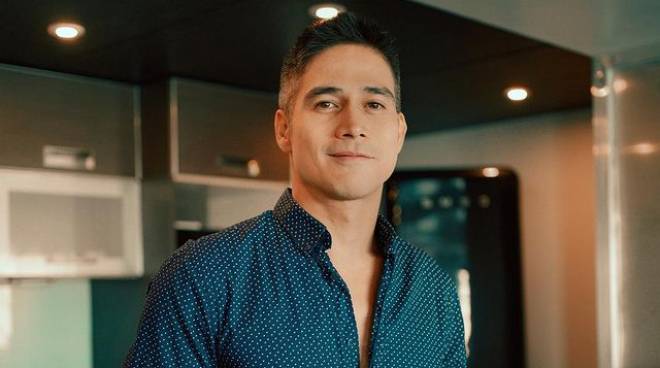 With his role as the laidback best friend TJ in the new romantic drama film My Amanda, Piolo Pascual said his role is actually based on the real life best friends of writer, director, and co-star Alessandra de Rossi.

“She just brought her best friend to the set and I observed him the whole time and I took it from there. It wasn’t hard for me. This is one of the easiest roles I’ve ever done. I just had to grow my hair out and then add a permanent injury here because I pierced my ears for the role. Totoo yun. I had six piercings and it’s permanently damaged. It hit my cartilage. Because I wanted to look like TJ. He had tattoos, he had piercings all over so I was like, ‘I have to look like him,’” he shared.

My Amanda focuses on the lifelong friendship of best friends Amanda and TJ but Piolo said there’s more to the story than meets the eye.

“I guess what was important for me as TJ, without giving away too much, is not to cross the line because you value the friendship too much that there’s more to it than being romantic. So I guess there was heart but having Alessandra (de Rossi) by my side on top of things and telling me that’s how far you can go, but there’s a way to it. If you really have the purest of intentions, then it is possible to not cross the line and just be there for each other, just be there for that person that you value the most.

If there was one important lesson in love that Piolo learned after making My Amanda, it is to really take the time before getting into a relationship.

“Don’t fall too soon. Make sure you know the person first. I know it’s so easy for us to fall in love but the thing is, nowadays it’s just everywhere. You know it’s so easy be with somebody. You got to treasure that. you got to make sure that you’re making the right decision. It’s not always right but enjoy it, savor it. And don’t rush into anything,” he added.

As both lead actor and one of the producers of the film, Piolo shared how it was collaborating with a global streaming platform like Netflix.

“There were certain requirements. Especially being tapped to have a global launch, it was a big deal for us. Because we were really wanted to show it in the Philippines but to have a streaming platform such as Netflix that has so much presence globally and then when they said they were going to do a global launch, that’s why when they gave us a deadline we made sure that we put in all our efforts to make this beautiful film and I don’t want to brag about it but it was good for Alessandra to take her time, not to be bothered by the deadline. Because she really had so much time to discover more, edit it better, and just come up with something beautifully done in the way that will make you just sit down and watch it. So that was a good discipline for us. Thanks to Netflix we were able to adjust and learn as well and grow as producers,” he explained.