Megan Young and Mikael Daez not rushing to have kids

Megan Young and Mikael Daez say they are not in a rush to start their own family. 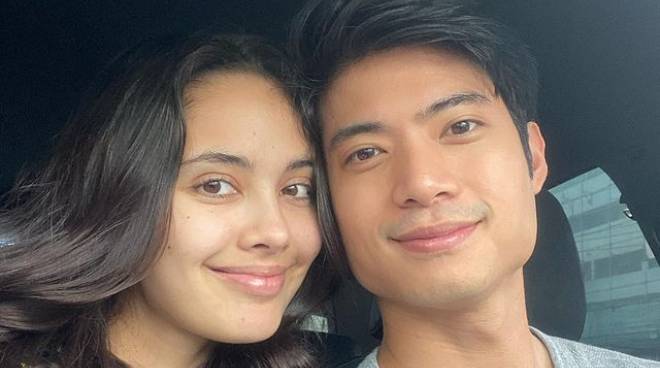 Celebrity couple Megan Young and Mikael Daez said they are not in a rush to start their own family.

The couple, who tied the knot in January 2020 after being together for almost 10 years, spoke at length about their decision not to have kids right away in the latest episode of their podcast "Behind Relationship Goals" that was released over the weekend.


"For me, a major decision in our relationship, and one that we made together as a married couple, is to not have kids right away. We were very stern about that from the very beginning na hindi muna tayo magkakaanak," began Megan.

Mikael, for his part, said that witnessing their loved ones deal with the demands of parenthood helped him and Megan arrive at their decision.

"Shout out to all the relatives and friends who have had babies because to be honest with you, that helped us make the decision," he said. "We saw what kind of changes their lifestyle went through. Of course, we saw the love that they gave to the baby, but we were able to use them and their stories as, I guess, input to be able to come to the best decision for ourselves. And so far, there are no regrets, and I don't want us to ever have any regrets when it comes to this decision. Because eventually the time will come when we want to grow our family."

And though that time has yet to come, Megan said she often wonders about her life as a future parent, in particular about how she is going to manage as a working mother.

"How will I function? Because I'm looking at Instagram and all the moms na ka-age ko who are influencers, mga artista, and I'm like, wow, I can't believe that they have so much energy to be able to work, to be able to take care of their family, and still look great! Kasi now, medyo haggard ako ngayon, ah. Paano pa kaya kapag may anak na 'ko?" she said.

For now, Mikael said he and Megan are focused on work and on making the most of the opportunities that have come their way.

"Just like this podcast. After Boneezy (Megan) and I got married was the time that Bonezy and I said that we are going to work on this podcast and we will not miss a beat. ... And I'm super proud of us because when our family grows, who knows? Maybe we don't have as much time to put into these projects that we're making," he said.

The actor went on: "Just to share... Boneezy and I would wake up at 7 a.m. and end our day at 11 p.m. sometimes, and we were just working non-stop. That would be 14 hours straight of work—being on the computer, shooting our own content, editing it as well, coordinating with our admin and our teams. So it's a crazy process, but it's an opportunity for us to have this kind of story, and later on we can tell our kids, share it with our loved ones.

"If we had a child right now, then maybe we wouldn't have these kinds of stories. Of course I'm just looking at the bright side of our current situation because these were the choices that we made. And I think that goes the same for everybody else. Whenever you make a choice, you can always think about the regret that that choice would give you, but you can also look at the bright side. And I guess Bonezy and I try to remind each other to look at the positive side of our choices," he added.